Before I write about other matters, there are issues regarding what is happening in the south that I feel compelled to address.  It’s on everyone’s mind: The question of the wisest way for us to handle the situation.

Here I offer my own opinion, seriously considered: a perspective.
~~~~~~~~~
We have accomplished a great deal as a nation over the last several years.  We are doing extraordinarily well in many spheres and are stronger than ever.  And yet, given our current situation, it’s difficult not to also be touched by some regrets:

If only…we had not relinquished Gaza in the “Disengagement” – the hitnatkut – in 2005, dismantling the communities of Gush Katif and turning the area over to the Arabs.

If only…we had not submitted so readily to SC Resolution 1701, in 2006, which brought the Second Lebanon War to its end and ultimately made it possible for Hezbollah, under the gaze of a willfully negligent UNIFIL, to rearm in southern Lebanon – to the tune of 100,000 plus rockets.

But, while we can learn from our mistakes, I suspect we err if we think we can necessarily go back and undo what has been done, as if it had never happened.  It is important to move forward, with strength and with prudence.

The longing to rebuild Gush Katif is palpable. 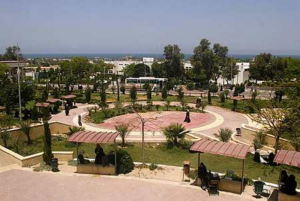 But that does not mean we should attempt to accomplish this goal at this time.  It does not mean now is the time to go into Gaza and defeat Hamas decisively, or to take Gaza once again.

We are dealing with the confluence of a number of complex factors and a broad context must be considered.
~~~~~~~~~~
Gaza, as difficult a problem as it is, is not our major concern or threat.  Prime Minister Netanyahu reminds us again and again: It is Iran, Iran, Iran.  He has gone to Europe now to impress this fact upon European leaders who are reluctant to hear it.

I hope to address this and the very complex dynamic in Syria in my next posting.
~~~~~~~~~~
What must be kept in mind with Iran is that it almost never does battle directly: the Iranians use proxies to do their fighting for them. Hezbollah, Hamas and Islamic Jihad are among those proxies.  They all receive support from Iran and are pressured or “guided” by Iran on how to conduct themselves.

Right now Iran is in a weakened and unstable situation:

There was Israel’s enormous intelligence coup, which was widely broadcast to considerable Iranian humiliation; Trump’s decision to pull out of the nuclear deal and re-impose sanctions; Israel’s enormously successful military hits on Iranian personnel and installations in Syria; and lastly now Israel’s efforts, with some cooperation from Russia, to push back Iran in Syria (a situation that is still in flux).  Iran had worked with determination for some time to position itself at the Syrian border with Israel, so as to more readily attack Israel.  And now in many ways Israel is gaining the upper hand.

But Iran is a loose cannon, and it is difficult to predict how the mullahs will respond at present. 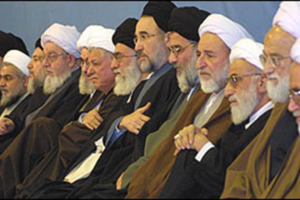 We know they are involved in the current heating up at the Gaza fence – as they provided millions for this.  And there is good reason to believe they may have been involved in the mortar/rocket launchings as well.
~~~~~~~~~~
A source of concern within the Israeli military is the prospect of having to fight Iranian proxies on two fronts at the same time:

The possibility exists that Iran might instigate an Israeli action against Hamas, and then unleash Hezbollah in the north while we are otherwise occupied militarily.

This concern is clear in statements coming from the IDF.  I think that possibility is real. Thus I do not believe that a reluctance to mount a decisive military action against Hamas at this time reflects indecision or lack of resolve, as is being suggested in some quarters.  I think the Israeli military is considering the big picture.

Anyone who imagines that moving ground troops into Gaza to truly take down Hamas would be an easy or simple operation has no genuine conception of what our guys would face there in terms of trained fighters and those blasted tunnels. It would be a long and painful battle.
~~~~~~~~~~
That is one aspect of what must be considered.  Another involves the fact that there would be no vacuum in Gaza any more than there would be in any place.  If we were to take down Hamas, something else would take its place.

[] As to Israel taking over Gaza, the same problems would adhere, and more so, as to what I discuss above:  It would require a huge and difficult battle on our part, which might deplete our ability to face Hezbollah.  When we take on an intensive battle of this sort, which indeed we may in the future, it must be at a time of our choosing, and not when we are provoked into it.

[] In the Sinai, for certain, and according to reliable reports also in small numbers in Gaza, there is an ISIS presence. There has been interaction between these two jihadi groups, with Hamas lending assistance, although now there is competition.  ISIS, which makes Hamas look like a bunch of nice guys, would really like to take over Gaza. This also must be considered.

[] Some suggest that we take down Hamas and let the Palestinian Authority (Fatah), which had been thrown out of Gaza in a coup by Hamas in 2007, take over again.  I consider this something of a joke.  Fatah could not stand against Hamas 11 years ago; today Hamas is stronger and Fatah is really weak, and divided.

Were Gaza to be turned over to the PA, we’d see control by a militant group in no time.  If not by ISIS, then Islamic Jihad.
~~~~~~~~~~
Islamic Jihad is the last complication I want to mention today.  This group is responsible for at least some of the mortar/rocket launchings of recent days.  They may be trying to provoke strong Israeli action against Hamas so they can take over.

I believe there is a considered opinion that they launched the second smaller round of mortar/rocket launchings, in an effort to stir things up.
~~~~~~~~~~
All this said and done, the question remains: How do we handle Hamas?

Short of going in to take Hamas down completely at present, I believe we must be tough, tough, tough.  We use the word “deterrence” a great deal, and what it must mean is that the enemy is afraid of us and what we might do to them.

[] I do not think we should ever give Hamas the impression that we have definitely decided not to come in and take it down.  If things are sufficiently bad, we can, and we should keep this option on the table in public statements. This weighs in heavily in terms of effective deterrence.

[] I was delighted to learn about the way our greatly enhanced intelligence allowed us to hit important terrorist targets in Gaza.  This, too, is part of deterrence – as they know they are being watched and that we have good information on what it would be most productive to hit next.

[] I do not believe that there should ever be a formal ceasefire with Hamas.  For them it is a hudna, which means a cessation of active hostilities that buys them time to strengthen for the next round when they decide to break it.  This is the way of Islam, taught by Mohammad in terms of how to deal with infidels.

A formal ceasefire means that if they don’t shoot rockets we are supposed to refrain from attacking.  If we attack when they haven’t, then we have broken the ceasefire.

We need to communicate not only that we will not hit them if they do not launch mortars and rockets.  The message also has to be that if we pick up intelligence of their building their strength we reserve the right to hit them again.

In approximate terms, this would resemble the pattern we’ve established in Syria: each time we have learned – via our active surveillance and top flight intelligence – of Iran bringing in more weaponry, we have made it a practice to go in and quickly take it out.

Over the years, we have not done this in Gaza, and so there have been rockets smuggled in from Iran, and weapons developed right there in Gaza. There should be no reason why we cannot demonstrate the same resolve and toughness here. We can tell the world there is a red line for us here, too.

[] I do not believe we should link what Hamas is doing with the humanitarian situation in Gaza. This is a serious error in thinking and misleads people.  Hamas’s behavior is a function of a radical ideology.  That the people suffer is because of that ideology, which allows Hamas to steal from them for purposes of building military strength.  We make ourselves responsible when we should not be.
~~~~~~~~~~
Now to the worst situation, which has me thoroughly enraged:

This is with regard to the arson being practiced with impunity by terrorists in Gaza.

They are using low tech techniques – balloons and kites that carry incendiary material – to burn down our land, destroying farmland and nature reserves.

I am sitting at my computer, working, now, and an alert has come in about the fact that:

“Fresh fires reported near Kissufim, Nirim, Ein Hashlosha and Re’im, as Israeli official warns that those launching the flaming kites and balloons could be shot.”

COULD BE SHOT? Why have they not been shot before now?  Why do we not take down every single Arab spotted setting fire to a flying device?  Why are our people not out in small planes searching actively for such people?

I have been given to understand: there is a legal technicality regarding not shooting the perpetrators after the fact – when the kite or balloon has been released already. The shooting has to be done as an act that prevents a tragedy.  But I have seen videos of them lighting the fires on the kites.
~~~~~~~~~~
The irony: I was planning on addressing this situation in any event. I did not imagine there would be at least nine more fires as I was writing.  I am heartsick, and so are most Israelis.

This is the huge fire raging in Sderot today: 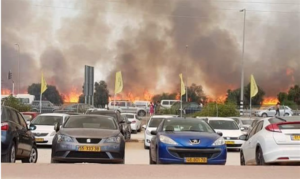 ~~~~~~~~~~
I felt a bit better yesterday, when Defense Minister Avigdor Lieberman, who tends to be tough, made a statement about this:

Israel will “settle the score” with Gaza terrorist groups over ongoing violence — including riots and “kite bomb” attacks.

What he further said was that he does not like to leave issues unresolved, so this would happen soon.

I do not understand.  I cannot justify this. I hope eventually I will be able to do both.