I know of no more appropriate word to describe the strength, resilience and courage of survivors of the Holocaust – the Shoah.

As I do annually, last night I watched the teches, the ceremony, commemorating the day, at Yad Vashem, the national Holocaust Memorial here in Jerusalem. 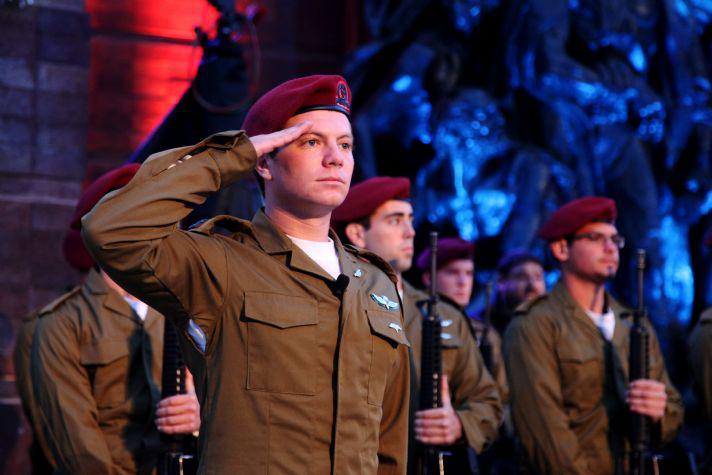 And as I do every year, I wept.

How can one not weep over the horror of an enormity too vast and obscene to grasp.

The theme this year is “Restoring Their Identities.” That is, focusing on individual stories, precisely because it is understood that the import is greatest this way:  One story, one soul at a time.

The first to speak was President Ruby Rivlin.  He related the story of a child who remained alive in a camp when liberation came.  The gates were opened and he tentatively stumbled out, not knowing where to go.  Not knowing what to do.  His parents, his siblings, all were dead. So he just laid himself down in the snow.

He was four years old.

This simple fact is itself hard to imagine.

He would have died there in the snow, had a Jewish man not picked him up and brought him along.  He was adopted, and ultimately made a life for himself in Israel, leaving behind a family when he died recently – 72 years after he had laid himself down in the snow.

As part of the ceremony, six survivors from different locales lit torches and told their stories. And one additional survivor, Esther Miron, spoke for herself as well. 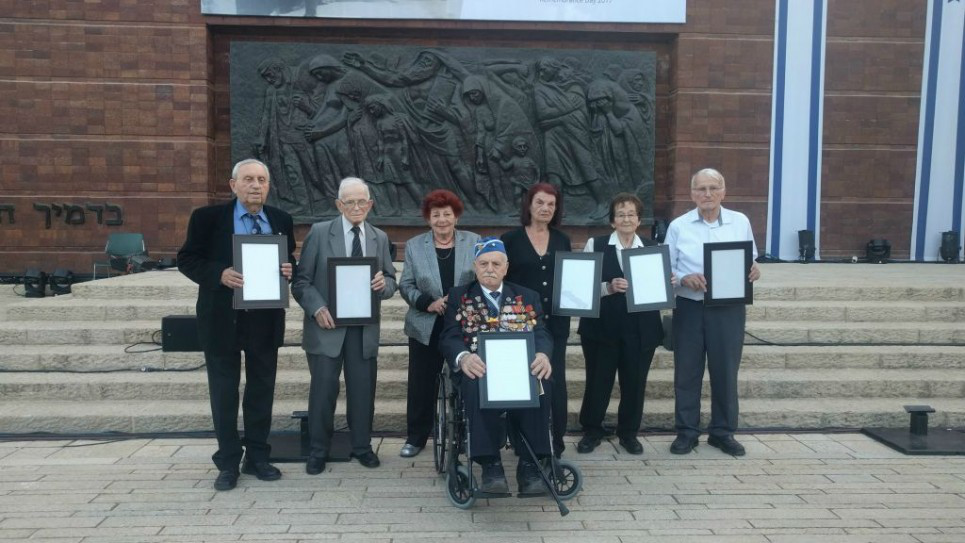 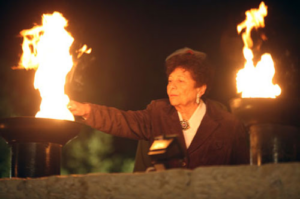 As varied as their stories were, in their pain, there were common threads.  Again and again we heard about the hunger to go to Israel after liberation, and the joy upon getting there.

One spoke about the pride at having a gun placed in his hands.  Imagine: from powerless victim to part of the fighting force for the Jewish nation.

Prime Minister Netanyahu said: “We returned to Israel, never to be lost again.”

And so here is one of the messages we must take with us from this day of Remembrance:

Israel, a strong and determined Israel, is essential to keeping the Jewish people safe.

We must never shy from our own strength or be embarrassed about our right to defend ourselves – no matter what the world says.

We must always honor the IDF, the fighting force of the Jewish people.

And we must never put our security in the hands of others.

One of the things the prime minister alluded to last night was an item that has made news recently because of the opening of UN files:

What now seems apparent (Holocaust scholar Efraim Zuroff says there was information on this even before the opening of those files), is that the nations of the world knew of the extermination camps as early as 1942.

A bitter, bitter lesson never to be forgotten.

We see similar international indifference now, with regard to 500,000 dead in Syria.  And with regard to the threats by Iran (about which I will have much more to say).

As we look at Syria, we know that we cannot be indifferent.  Part of the charge of our history is the responsibility to care about others.

Another thread that ran through the narratives of the survivors had to do with family.  They spoke with boundless pride about their children, and grandchildren, and great-grandchildren.  Their victory over Hitler.  Their promise for the future.

I noted particularly what Esther Miron said: those who survived in the camps were the ones who were connected to others, who shared the hardships with others and lived for the sake of others.  She had a cousin with whom she endured: they shared a piece of bread. They slept in the same cot.  The two of them were as one.

Then, she explained, in time, after coming to Israel, she became part of the one that was the whole nation here.  A shared Jewish destiny.  A sense of family in the most profound sense.  I believe this is what makes Israelis a happy people: no matter the problems, we are not alone.

Each year there are fewer survivors left to testify.  But their passing must not signal the end of the remembrance or the telling of the stories.  This is an obligation for all Jews through the generations.

Our story must be told in a forthright manner – without falling into the trap of enfolding the Shoah into some generalized narrative about genocide against many peoples.

I prefer not to dilute this post with other news today.  I will follow with yet another posting soon, touching many bases.  Now it is important to me simply to get this out.

Take five minutes from your day, to honor Yom HaShoah, and watch this stunning video of a Holocaust Memorial: