From Israel: “Are Your Eyes Open Wide?”

It’s natural for us to want to close our eyes to much that is going on the world today.  Yet I would suggest that we do not have that luxury.  It is our business, our obligation, to know what is happening.

What is more, if our eyes our closed, we also miss a great deal of the good stuff – some of it very good indeed.

Today that is what I begin with, as this serves as a source of strength.  But keep reading to the end, please.

THE big news in the medical world right now is a study that has been done at Tel Aviv University that shows that the molecule PJ34 can very effectively fight pancreatic cancer, which is one of the most difficult cancers to treat successfully.

Prof. Malka Cohen-Armon and her team at Tel Aviv University’s Sackler Faculty of Medicine, working with Dr. Talia Golan’s team at the Cancer Research Center at Sheba Medical Center, in Ramat Gan, did their experiments on mice.  In their study, a month after a 14-day treatment had been administered, 80% – 90% of the tumors were gone, and in one mouse all cancer had been eradicated.

PJ34 works by interfering with cell duplication, leading to rapid cell death.  It affects only cancer cells and there are no side effects.  There is hope that ultimately this treatment will be successful with a number of other aggressive cancers, as well.

The molecule PJ34 now is being tested in pre-clinical trials; following this, if the trials meet FDA standards, there will be larger animal trials and then human clinical trials. 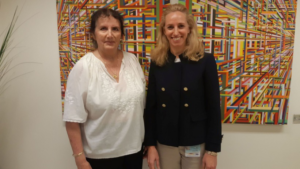 In mid-November, a medical mission of 30 surgeons, nurses and technicians from Save A Child’s Heart (SACH), which is based in the Wolfson Medical Center in Holon, Israel, traveled to Addis Abba, Ethiopia.

There, they held a 25th anniversary reunion at the Children’s Cardiac Center: over the past 25 years, 700 Ethiopian kids’ lives have been saved by the doctors of SACH.

“That was an amazing moment, to see these healthy children and young adults, all dressed in SACH t-shirts, who were once upon a time our patients,” says Tamar Shapira, SACH deputy executive director and international spokesperson.

In the eight days that they were in Ethiopia, the SACH medical professionals worked with Ethiopian colleagues they had trained. Together they performed 22 cardiac catheterizations, nine open-heart surgeries and 107 screenings and diagnoses. 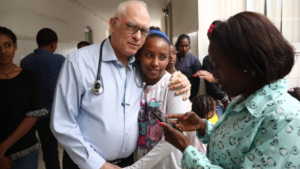 I cannot relay the sort of stories that are above without thinking of Bereishit (Genesis) 12:2, when the Almighty tells Avraham:

Whatever troubles we face, may we continue to be a blessing!

Buoyed by the above, we turn to news and information that is, shall we say, less positive in nature.

With regard to the political situation, it is challenging to keep your eye on the ball:  The entire nation is beyond weary.

Negotiations on forming a unity government have fizzled.

“There is no point in continuing to spend energy on contacts with Blue and White. They do not want to form a government with us.

“They do not want Netanyahu to be prime minister. They want to neutralize him. They are unwilling to allow him to be even a six-month prime minister because they want to get him out of the political equation believing it will bring them to power.” (Emphasis added) 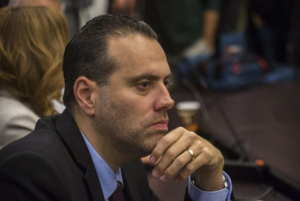 The time allocated for any member of the Knesset to secure the signatures of 60 other MKs ‒ which would give him or her two weeks in which to form a government ‒ ends next Wednesday.  And it certainly seems that nothing is going to happen in this regard.

While that clock is ticking, there is – or was – still time for Lieberman to join the right wing and establish a government.  Members of his own party urged him to do so, and as recently as yesterday he indicated that he was “thinking” about it.  But now he has stopped thinking (if indeed he ever really started) and announced that he will not join the right wing bloc.

My friends, I would say I have no words for this.  But that is not quite true.  I have words. However, I cannot share them here, as I intend to maintain my professional standard of journalism.

But then, MK Bezalel Smotrich (Bayit Yehudi) – a man who tells it like it is – found words this morning:

“Lieberman is a dangerous man, cynical and irresponsible. He’s been in the [political] system for 30 years yet has nothing [no accomplishment] in his name. (Emphasis added)

“I never pretended to understand [Lieberman]. We will have to work hard to try to get to 61 MKs without him.”

More power to Smotrich if he can do that – get 61 MKs. If he manages it, I will call him a magician. 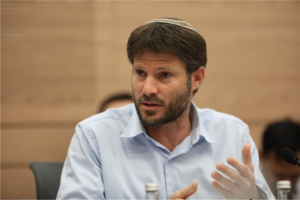 If none of the above alternatives materializes, we are back to another round of elections, most likely in March. 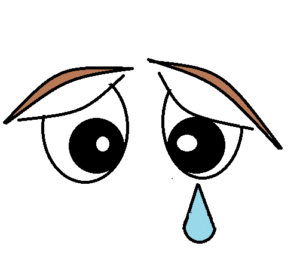 There is a push to do it sooner, but in terms of the bureaucracy involved that seems unlikely.

This past Monday, December 2, Attorney General Mandelblit formally submitted Netanyahu’s indictment to Knesset Speaker Yuli Edelstein. As required, the document specifies the court in which the trial will be held, and includes a list of the witnesses the prosecution plans to call.

Note, please, that Mandelblit held a press conference to announce that he would be indicting back on November 21, the better part of two weeks before he actually filed. (Many people thought the announcement was the indictment, but it was not.)  The timing of that press conference was purely political.

And there is a major legal glitch here: The prime minister by law now has 30 days in which to formally request immunity, which can be granted by the Knesset’s House Committee. However, the current Knesset has yet to formally establish this committee – it presently does not exist.

As the law says the indictment is to be presented to the MK being indicted, the speaker of the Knesset and the head of the House Committee, there is a question as to whether the indictment has actually been served.

Mandelblit says it has; there are legal opinions that differ.

If, technically, the indictment has not yet been served, then the countdown of 30 days that Netanyahu has for requesting immunity has not begun.  Mandelblit says it has.

There are yet other technical details to be worked out, as well, which I will not belabor here. This is the first time such a situation has arisen in Israel, so that the lines are not clear in all regards.

Meanwhile, Netanyahu, focused very much on his role as prime minister (shown, below, at the airport on Wednesday, before his departure), has gone to Lisbon.

The most important item on his agenda is a meeting with Secretary of State Mike Pompeo, to discuss Iran, and in this regard the news is not all bad.  While we need to keep our eyes VERY wide open with regard to the dangers of Iran, the fact is that Iran is faltering. 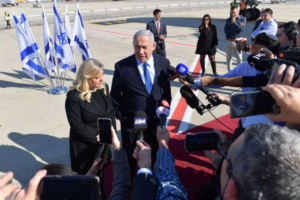 I will be coming back to this.

We must keep our eyes open for promotion of this totally fallacious position.  UN Resolution 181 is a dead letter, devoid of any legal validity:

[] This was a resolution of the General Assembly, which is empowered only to make recommendations.  Thus it was never legally binding.

Legally, one who rejects an agreement does not retain any rights based on that agreement.

[] The Resolution did not simply advocate partition of Palestine: it recommended an economic union, which involved joint currency, shared transportation and a great deal more. Significantly, it called for both states to be democratic.

Israel’s acceptance of the Resolution was premised upon actualization of the full recommendation, which never happened.