And a source of sadness, as well. 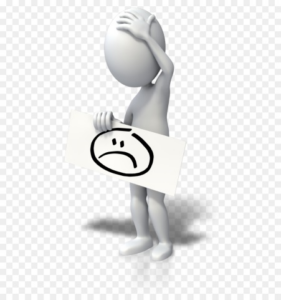 I refer, of course, to the current political situation in Israel.

For days, I held off posting because I was waiting for resolution with regard to formation of a coalition.  Now the time to write has come.

I want to begin by telling you about a song that was released recently. Written – music by Idan Raichel and lyrics by Doron Medali – to honor Israel’s 71st birthday, it is called Shevet Achim V’achayot  (a tribe of brothers and sisters).

Sung by 35 of Israel’s top singers, it expresses an ideal of great importance.

Here is home, here is heart
And you I will not leave
Our ancestors, our roots
We are the flowers, the melodies
A tribe of brothers and sisters

Perhaps you are wondering if I have lost it: why would I begin with a song, when so much is happening?

But that is precisely why: The message of that song serves as a powerful counterpoint to what is going on.

For that ideal of great importance has to do with connectedness – a readiness to hang together for the greater good. A tribe! We might listen to the song, sigh, and say Ah, if only…

We might hope for only elected leaders able to put aside their different agendas, their egos, their political aspirations, for the sake of the nation.

We are not all the same, nor am I suggesting we should be.  But we must pull together.  Especially is this the case with all that we must contend with.

Yet last night (Wednesday) something went badly amiss.  The crisis had been building for many days.

I seriously doubt that there is anyone reading this who does not already know that Prime Minister Netanyahu was unable to cobble together a coalition of more than 60 right wing mandates by the deadline of midnight last night. 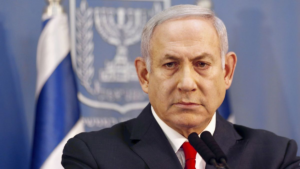 He could have reported this to President Rivlin, who would then have turned to the Blue and White party’s Benny Gantz and given him an opportunity to try to establish a coalition. The great likelihood is that he would have been unable to do so.  In the end, after weeks of additional indecision and sense of national limbo, elections would have been necessary anyway.

Netanyahu chose to arrange for legislation to dissolve the Knesset and call for new elections directly now.  He had seen the possibility that this might be necessary some days ago, and had made appropriate preparations.

Israel had never confronted a crisis of this sort before.  And it should not have happened yesterday. There was a state of political disarray that was disconcerting, frustrating, infuriating, on a number of levels, as our prime minister attempted to forestall what in the end was inevitable.

Those of us who were tracking the goings-on found ourselves on a roller coaster. At one moment there would be a report that Netanyahu had arrived at a compromise that would bring everything together. And then very quickly it would be announced that this or that compromise had fallen apart.

Reports came to us, as well, of our prime minister grasping at straws, reaching out to members of other parties outside the right wing, to get them to defect and join the coalition in order to reach the necessary 61 mandates. One report in particular – an attempt to bring in Avi Gabbay, the failed head of Labor – caused real dismay. A coalition stitched together this way would have been inherently unstable.

I will not describe the political struggle of the last few days in detail: that would not be productive and would leave more than a few heads spinning. Many mistakes were made and the situation was complex.

But what I will do is point a finger, very directly, at Avigdor Lieberman, head of Yisrael Beytenu. 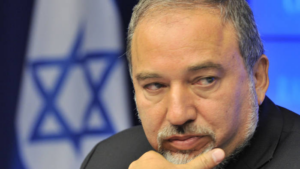 Lieberman is responsible for the failure to successfully negotiate a right wing coalition.

Ostensibly, the issue was the draft of haredi (ultra-Orthodox) yeshiva students into the IDF. This is a running issue – hardly new.  The haredi parties, United Torah Judaism (Ashkenazi) and Shas (Sephardi) – who jointly had 16 mandates, it should be noted – maintain that Torah study also serves the country and that their students should be exempt from military service.

Many others resent this position, especially when their sons do serve, and die, for the country.  Over the years compromises have been put in place, sometimes under the direction of the Court, that provide a formula for some percentage (albeit rather small) to serve – with that percentage to increase slowly.

When Lieberman was Minister of Defense in 2018, he had drafted a law pertaining to this issue.  (The irony here is that it fell by the wayside because he had resigned and pulled his party out of the coalition, thereby precipitating elections.)

Thundered Lieberman: “we have no intention of giving up our principles and commitments to our voters.”   Everything had to remain exactly as he had drafted it, he insisted, and the haredi parties would not be allowed to participate in the last two votes.

Well now.  He had compromised on the issue of haredi draft in the past.  What made it suddenly so sacrosanct? What is more, discussion about proposed legislation and the institution of some adjustments during the second and third readings are routine.  Apparently a bill never emerges precisely as it was introduced.

What is more, it must be understood that, were there to be adjustments, it would affect perhaps hundreds of potential haredi soldiers and no more.

THIS is a principle so important that it merits calling for new elections?

Clearly, a great deal more was going on.

Lieberman also declared: “I am in favor of a Jewish state, but I am against a halakhic state (a state run according to Jewish law).”  But I don’t see that adjusting the number of haredi yeshiva students who would serve in the army is an issue of Jewish law in any event.

And now we approach one of the problems at the heart of what transpired:  Lieberman is a secularist and has a secular, anti-religious constituency – in large part but not exclusively Russian.

As for the haredi parties (below MK Moshe Gafni, UTJ) it was said that they did not come forward enough in making compromises.  Perhaps, although they did agree to some changes, I believe.  What I see, however, is that these parties must answer to their rabbis (without whom they make no decisions) and their own constituencies. Lieberman cannot fancy himself the only one with a constituency he is committed to, which is precisely why compromise is essential. 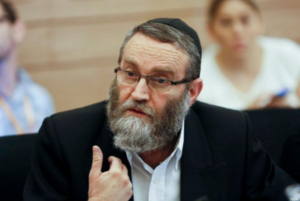 And even Lieberman’s hostility to religion, or religious influence in Israel, is not the end of the story.

The picture that emerged as reports about the negotiations surfaced was one of a Lieberman harboring personal animosity to Netanyahu: Vociferous animosity, which led to actions that sabotaged efforts to finalize a coalition deal.

Rabbi Rafi Peretz, chair of the United Right, said after everything fell apart:

“I cannot understand what motivates Lieberman. This really hurts me. I was very much involved in the talks and I made suggestions, we went above and beyond, we tried very hard to find an agreement, unfortunately we did not succeed.” (Emphasis added)

“His goal is to destroy Prime Minister Netanyahu and then supplant him.

“He says of any offer ‘We might consider it,’ stalls for a few days and then rejects it.”

“Unfortunately, it was clear to me that Lieberman was not interested in entering the government. You could see it from the setting of that unrealistic ultimatum about the Draft Law. There is no law that enters second and third reading as it was in the first reading…

“The other partners agreed to make big compromises, Yisrael Beytenu wanted to get three ministers and five ministries. There were requests to turn the absorption ministry into a small foreign ministry with 15 emissaries all over the world. The demands were absurd.”

And lastly, this with regard to Lieberman, from David Horovitz, editor of Times of Israel:

“But he was primarily motivated by the desire to hurt Netanyahu. A great deal of nastiness may have played out behind the scenes between these two veteran political heavyweights, but even Lieberman’s public utterances leave no room for doubt about his contempt for a prime minister he has repeatedly informed us he considers to be duplicitous, indecisive and soft.” 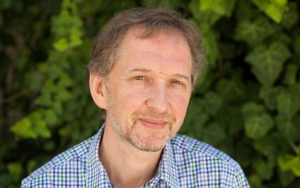 This is beyond sad, and we must ask ourselves how we came to this situation in which one man was able to cause so much damage to the nation.

The 21st Knesset has been dissolved.  The election for the 22nd Knesset is scheduled for September 17, a long three and a half months away.  I anticipate, without any eagerness, a very tough campaign.  I will do my best to report on it as we proceed.  There is a great deal that has yet to play out.  What will Shaked and Bennett do?  Will the joint parties of Blue and White hang together?

While no legislation can be advanced in the absence of the Knesset, we do have a government – a Cabinet – with the ministers from the 20th coalition. This means that Ayelet Shaked is still Justice Minister and Naftali Bennett is still Education Minister.

We must pray that the next coalition will be solidly right wing and that in the end good will follow from this.

“Pursuing his vendetta against Netanyahu to this bitter dead end, Lieberman may turn out to have fatally damaged his own political career. Not only will the formidable Netanyahu be singularly focused on eviscerating him at the polls, but so too will the ultra-Orthodox parties he so publicly humiliated… Lieberman’s Yisrael Beytenu…might have trouble making it back into the Knesset at all next time.

“For his part, Netanyahu vowed after the Knesset dissolution vote to run ‘a sharp and clear campaign’ in September, ‘and to win.’ It would be foolish, as ever this past decade, to bet against him…”

There is so much going on outside our immediate political realm.  I look forward to writing about other issues in my next posting.