From Israel: “An Unmitigated Mess!!”

Today is the day on which Israel was to begin application of sovereignty.  That is not going to happen today, and I will get to that below.

But I have been tracking more than one unmitigated mess, and I want to first circle back briefly to that other enormous mess: in the US.

I provide for you here a link to an interview of Leo Terrell, a civil rights attorney of sterling reputation, forthrightly telling it like it is. He is grievously disappointed with the Democratic Party, and frustrated about the refusal of Democrats to call out the violence of rioters and Black Lives Matter. He addresses the rule of law and the patronizing attitude of the Democrats. He says “systemic discrimination does not exist.” 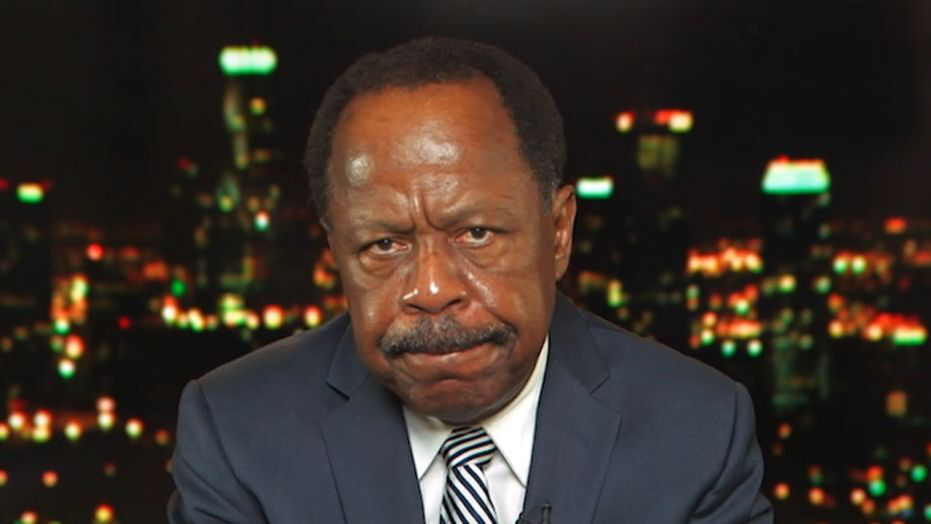 What he says is SO important. Because it comes from him – an attorney with 30 years of experience in the field and until recently a supporter of the Democrats – it carries weight. Please watch it and then share the link very broadly. Maybe some eyes will be opened.

Now with regard to that application of sovereignty, which is still floating in the air.  Presumably something will ultimately happen, although there is no certainty.

July 1 was the date written into the unity agreement between Netanyahu and Gantz as the earliest date on which Netanyahu could bring the application of sovereignty to the Cabinet, and then to the Knesset.  There is a window of three months going forward for this to happen

While he can do this without Gantz’s approval according to the agreement, the Trump administration has indicated a desire to have Gantz on board.  But our Minister of Defense/Alternate Prime Minister Gantz has hedged and equivocated – most recently declaring that this issue should be delayed because of national preoccupation with coronavirus and boosting the economy. Netanyahu responded sharply to this, and in private declared that Gantz has no say in the matter; he insists that we will be moving ahead, and this led to some public friction between the two. 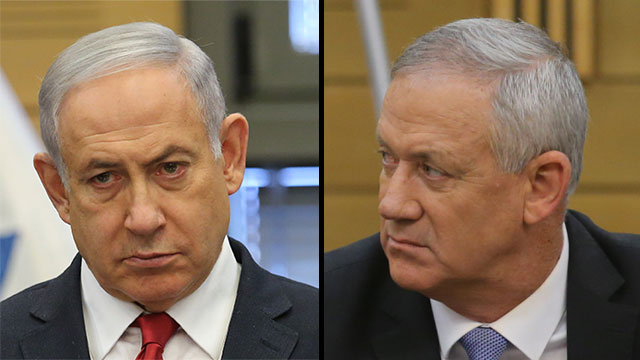 But this tension represents just one of the stumbling blocks, as the process moves forward – and in the end it is one of the smaller problems.

The prime minister says that “We are in talks with an American team here in Israel.”  And this, I think is at the heart of the matter. The map apparently is not yet finalized, although I have read that there have been some changes that address concerns from our side: enlarging of area around settlements to allow for growth, etc.  Whether it sufficiently addresses all concerns I cannot say.

But the bottom line is that Netanyahu is doing this in concert with the Americans.  Secretary of State Pompeo said recently it is Israel’s decision whether to apply sovereignty or not.  OK.  But it is not Israel’s decision as to where to apply it.  Not if we want US approval, that is. And Netanyahu has made it clear he’s working according to the map.

When the US moved its embassy to Jerusalem, and recognized the Golan Heights as Israeli territory, this was a boost for Israel.

The current situation is different.  The goal of the “Deal of the Century” is not to do something for Israel, but to “solve” the Israeli-Palestinian Arab conflict. We need to remember this.

Trump fell into the same trap as his predecessors: he imagined he could do the impossible.  He prides himself on being the ultimate dealmaker. 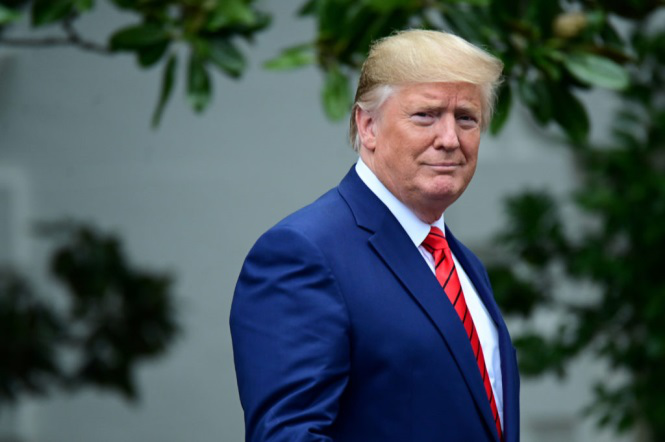 But just as his predecessors learned, so must Trump and his team learn, it IS impossible, simply because the PLO leaders do not wish to make peace: they wish to destroy us.

The team has not acknowledged anything of the sort, however.  They are still working on “peace.” And they are counting on a complex plan to bring it about.  Jared Kushner, devoid of genuine understanding of radical Muslim ideology, imagined that a huge financial package would bring the Palestinian Arabs around.

Part of the plan involves a division of Judea and Samaria, with a conceptual map of how this would work presented in January.  It allocated roughly 30% of Judea and Samaria to Israel, with the remainder held for the Palestinian Arabs.  Israel’s sovereignty in that 30% would be recognized by the US immediately, and Palestinian Arab sovereignty (some sort of state) would be recognized only after a host of criteria were met.

There was enormous excitement here in Israel because this plan was the first recognition by a US administration – by any administration – that Israel had rights in Judea and Samaria.  This was big, but it was qualified in certain very significant ways:

First, even though there is acknowledgement in the plan that this land is Israeli, it is expected that Israel will only apply sovereignty on 30%. (That is all the US will recognize.) And then, it is expected that Israel will agree to negotiate with the PLO in accordance with the plan. Trump said immediately after the plan was released that Netanyahu had agreed to this and he later said so himself.

I am vastly uncomfortable with this, as are many others in Israel.  The argument is made that the PLO is never going to agree, so it doesn’t matter.  But it does, because it opens that Pandora’s box all over again, putting Israel on record as being amenable to a Palestinian state within Judea and Samaria.

The Sovereignty Movement (co-founder Nadia Matar below), certain settler groups, and others to the right urged, “Yes to Sovereignty, No to Palestine.”  See the argument here: 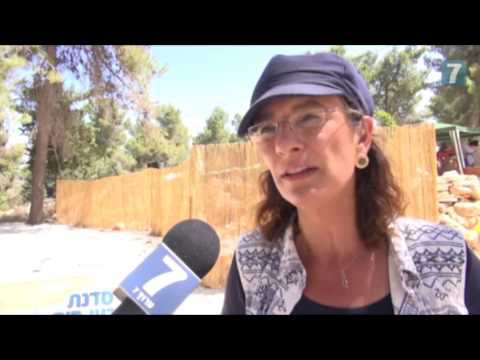 But that is not what Prime Minister Netanyahu has signed on for!!

Avi Dichter, Likud MK and former head of the Shin Bet, has now urged Netanyahu not to wait for a deal with the US, but to apply sovereignty immediately because it’s the right thing for Israel. 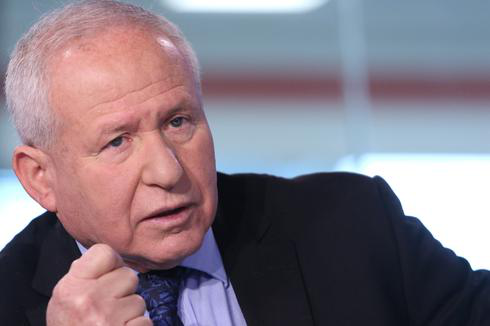 But that is not Netanyahu’s approach!!

Many, of course, argue that the principle of establishing some sovereignty in Judea and Samaria is so huge that it’s worth the risks.  They believe over time it will work out.

There are, however, a couple of things that have me particularly unsettled at this point:

First, is the question of what happens in four years according to the plan.  (I recognize this is only relevant if Trump is still in the White House, let us hope.)  The plan – at least as outlined by Ambassador David Friedman in a talk at the JCPA – gave the PLO four years to get their act together.  They would not be penalized for taking this much time, said Friedman.  But after four years, when the PLO has not come through, is it solidly understood by the US that Israel would then extend sovereignty further – at least to all of Area C?  I do not know.

Then there seems to be a push by the US to make it all come together sooner.  This might be because a diplomatic success here might play well in the US election, or because there is a desire to achieve the final goal, or as close to final as possible, before the election in case it is lost.

In line with this, we see the following (emphasis added):

“The US administration is pressing Israel to make a significant gesture towards the Palestinian Authority in exchange for Israel applying sovereignty over Judea and Samaria, Channel 12 News reported on Tuesday.

“According to the report, US officials have proposed that Israel give land in exchange for land, in a manner that would allow Palestinian Arabs to build without restrictions or change the status of Area C (where Israel maintains security and civilian control) to that of Area B.

“A government official said on Tuesday that ‘if the right knew what the Americans wanted in exchange for annexation, they would be less enthusiastic.’”

If this is true, it is very bad news and rings all sorts of bells.  This is the same sort of expectation other US administrations voiced – we are supposed to give while the Palestinian Arabs are intransigent.

The news as I write this is that we may see some resolution by next week.  And apparently President Trump will be making a statement.

While we wait, I urge you to see law professor Eugene Kontorovich in a brilliant discourse on Israel’s rights, international law, the meaning of “occupation,” and more. 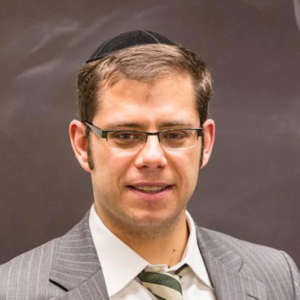