From Israel: All Right!

Friday night begins the week of Pesach.  This holiday, enormously rich in symbolism, has universal elements regarding freedom and human dignity.  But at its core, its powerful message is Jewish: The Almighty brought us out of slavery, in order to be his people, receive his Torah, and then make our way to the Land of Israel.  We are commanded to always remember, and to retell, this story.

As I doubt that I will be posting again before the beginning of the holiday, I take this opportunity to wish everyone who will be celebrating a joyous, kosher and meaningful Pesach.

~~~~~~~~~~
As we go into the holiday, there are several events to be glad for, starting with the announcement by President Trump last Friday of the appointment of John Bolton as National Security Advisor.

That “All Right!” you see above is in response to this announcement.  I have long been a fan of John Bolton, who served in the George W. Bush administration as undersecretary of state for arms control and international security, and then as ambassador to the UN. 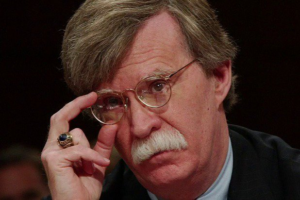 On April 9th, he will be replacing Lt. Gen. H. R. McMaster, who had an unfortunate propensity for holding on to Obama loyalists and never established a solid working relationship with Trump.

Bolton is a staunch friend of Israel; he opposes a “two-state solution,” and Israel’s pullout from Judea and Samaria.  He also opposes the Iran deal, just as he was a fierce opponent of Clinton’s agreement with N. Korea in 1994, which, in the words of Caroline Glick,”…far from preventing North Korea from developing nuclear weapons…preserved the North Korean nuclear program and enabled the regime to develop it effectively with U.S. assistance.”

We could not have Bolton – who is called a “warmonger” by the foreign policy elite – advising Trump on Iran a day too soon.

Glick writes that, “Bolton’s actions while in office brought extraordinary benefit to US national security…in 2003 Bolton conceptualized and launched the Proliferation Security Initiative (PSI)…was to empower nations to interdict ships suspected of carrying weapons of mass destruction, delivery systems, and related materials from states and non-state actors of proliferation concern…

“The combination of Trump and Bolton no doubt puts fear in the hearts of America’s enemies, and heartens America’s allies. Given the hatred Bolton inspires in the Washington swamp, it took great courage for Trump to appoint him. America and its allies will be the primary beneficiaries of this bold move.” (All emphasis added)

https://carolineglick.com/boltons-appointment-is-a-brilliant-america-first-move/
~~~~~~~~~~
Bolton is not a fan of multilateral institutions (that would apply to the UN and the EU) or multilateral agreements (including the Iran agreement, of course), preferring bilateral agreements in which America’s sovereignty and national interest will not be over-ridden.

It is said that he will “clear the swamp” of Obama holdovers in the National Security Council.  Let us fervently hope so.
~~~~~~~~~~
Those rushing to criticize Bolton as a “hawk” who will promote war would do well to consider the words of  Maj. Gen. Herzl Halevy, head of the Israeli army’s intelligence directorate, who warned at a conference on Sunday that “ever since the signing of the nuclear deal, Iran has been bolder — both in missile [development] and support for terror.”

But of course!  When dealing with aggressors, the fruit of conciliation and appeasement is more aggression.  It’s a tragedy that this is not more broadly understood.
~~~~~~~~~~
I had written the other day that 25 expelled resident families of Amona, who had been waiting a long time, were scheduled to move into their new homes in AmiChai – the first new Israeli government sanctioned community in Judea and Samaria in 25 years – before Pesach, pending hook-up of electrical connections.

Well, everything has come together and as of today they were officially in the process of moving in.  “Without faith we wouldn’t have made it to now,” said one resident.

The homes are temporary “caravillas,” to be followed by more permanent housing.  The hope is that not only the remaining 15 families from Amona will follow, but, in time, hundreds of other families as well. 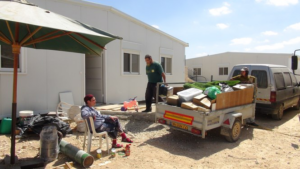 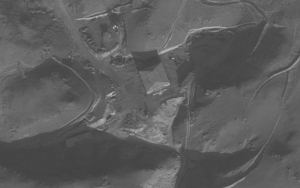 This bold and fully successful operation—involving stunning Intelligence and a pinpoint strike with no Israeli casualties—was never officially acknowledged, until last Wednesday.

The story makes fascinating reading. See it below.

Here I make just a couple of points. Then Prime Minister Ehud Olmert was in touch with US President George W. Bush on this, and, as I understand it, hoped the US would do the job.  When Bush declined, Olmert decided it had to be done, and quickly – before the reactor was hot.

This was a courageous decision, and I say forthrightly here that it changes my opinion of him, which, to put it graciously, has not been positive. 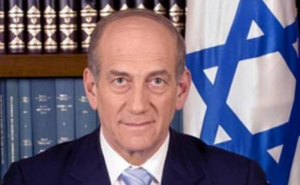 Olmert provided an enormous service for Israel and the Middle East more generally.  Assad does not shy from use of chemical weapons; one shudders to consider what the situation would have been had the reactor not been destroyed.

And it goes further: there was recognition in Israel’s military establishment that Syria might feel obligated to retaliate against Israel in a move that would lead to war.  What Olmert is reported to have done was to send a message to Assad saying Israel would not talk about the successful attack as long as Syria did not either. This may have assuaged the pressure on Assad to retaliate.

https://www.timesofisrael.com/ending-a-decade-of-silence-israel-reveals-it-blew-up-assads-nuclear-reactor/
~~~~~~~~~~
So, why release this now?  There are opinions expressed regarding the fact that we are about to celebrate our 70th and would like to be able to include this impressive information.  That might be, at some level, but I – and many others – remain convinced that this was primarily a message to Iran: We will do what needs to be done.
~~~~~~~~~~
Palestinian Arab hatred of US Ambassador Friedman knows no bounds.  But—as is the case with much that comes from the PA these days—this attitude is being expressed in terms that are over-the-top crazy. The latest demand is that Friedman be placed on a “global terror list.” It is unclear precisely which list is being referred to.

https://www.algemeiner.com/2018/03/23/palestinians-demand-that-us-ambassador-to-israel-be-put-on-international-terror-list/
~~~~~~~~~~
This being the tenor of “diplomatic discourse” from PA officials, I am forced to ponder why the Trump “peace team” is still attempting to reach out to them.

Recently, when PA Prime Minister Rami Hamdallah and PA General Intelligence Director Majid Faraj were in Gaza, an attempt was made on their lives: They remained unscathed but there was a bomb attack on their convoy. It was charged that Hamas was responsible, either directly or indirectly (because it could not have happened without passive Hamas consent, at the least).  Subsequently Hamas officials did capture and kill the main suspect.

Last week, Jared Kushner and Jason Greenblatt wrote to Hamdallah and Faraj, saying that the attack “underscores that only the Palestinian Authority, in cooperation with regional and international partners, can provide Gaza with a freer more prosperous future…Gaza needs responsible and responsive governance…”

This saddens and frustrates me, because it is such a foolish, futile effort.  I had thought Greenblatt and Kushner had moved beyond this.  How does the fact that Hamdallah and Faraj were almost assassinated indicate that they would provide “responsible governance” in Gaza?  Has the PA remotely demonstrated itself to be a governing entity in the areas it does control in Judea and Samaria that provides freedom and prosperity for its people??? Enough already!
~~~~~~~~~~
We have a number of marvelous events upcoming in the months ahead – celebration of our 70th anniversary of independence, moving of the US Embassy to Jerusalem, and a great deal more. I will, of course, be writing about them.

The Arabs, as might be expected, are determined to make the biggest fuss they can during this time.  It begins with Pesach, which is always a time when Israel must be on higher alert, and it includes some notion of “reclaiming their land” via tents established against the Gaza fence and in various parts of Judea and Samaria.

They will achieve nothing, and I’m not afraid. But I am mighty weary of these people who prefer pressuring us, and causing disruption to our lives, to building their own lives. This, too, I will be reporting on.
~~~~~~~~~~
On Friday, Congress passed the Taylor Force Act as a rider to an omnibus budget bill.  Named after a US  veteran and graduate student killed by a terrorist while visiting here in Israel 2016, the bill will limit funds that can be provided to the PA as long as “salaries” continue to go to convicted terrorists in Israeli prisons and their families. 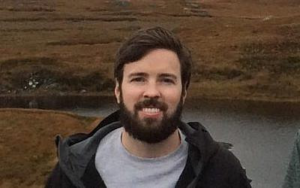 We know that money paid by the PA represents “salaries” for “work done” and not simply welfare payments for families when the head of the household is in prison, as the PA maintains.  It has been documented that there is a “wage scale” with the amount paid keyed to the severity of the attack.

Had the Taylor Force Act been passed in its original formulation, it would have been effective: it required withholding of US funds to the PA in the amount that is paid out for terrorist wages.  But it has been watered down. And so, while I hesitate to say that it is useless or serves no purpose, it will not have the desired effect.

Stephen Flatow, however, argues otherwise: “Sometimes a bill is so deeply flawed that it is actually worse than no bill—because it will prevent any other action from being taken on the issue. This is one such bill.”

https://www.jns.org/opinion/the-gutting-of-the-taylor-force-act/
~~~~~~~~~~
The High Court has put a temporary hold on the expulsion from Israel of illegal African migrants.  This matter has not yet seen its end and there are some shifts in policy taking place, with the government looking more closely at the needs of some hundreds who have claimed refugee status.  This is yet another evolving story – a sensitive one, which merits continued attention.
~~~~~~~~~~
I have not ended a posting with a song in a long time, but it is my habit to do so before Pesach.  My very favorite is Yehi Sh’Amda, from the Pesach Haggadah, with arrangement by Yonaton Razel.

And this is that (promise) which sustained
our fathers and us.

That it is not one (enemy) alone
that stood up against us to destroy us.

But that in each generation there are those
standing up against us to destroy us.