It was a mess.  It was terrible.  That is, the presidential debate between President Trump and former Vice President Biden, which took place in Cleveland on September 29. 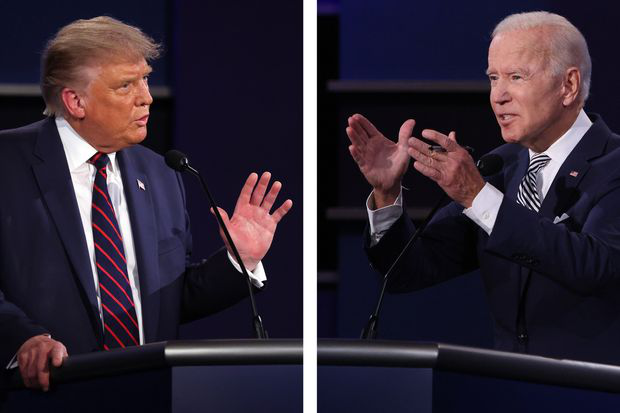 I am not here to argue that it was anything but.

HOWEVER, this does not give anyone the right to distort facts regarding what was said during that debate.  Yet that is what is happening. Very specifically, the claim is being made that during the debate President Trump refused to criticize or disavow white supremacists.

This is simply not so. The charge is the latest play on a falsehood that has beleaguered him in recent years: that he is a racist who condones white supremacist groups.

Right now we are a scant month away from what may be the most critical presidential election in US history.  Facts matter a great deal. The fallacious allegation against the president is a serious one, and should not be allowed to pass without refutation.

My aim here is to set the record straight.  Please, share broadly and use this material in various venues.  There are those who are so irrationally anti-Trump that they are eager to believe anything negative about him that circulates, whether it holds up under scrutiny or not.  Hopefully, those on the fence – or with reasonably open minds – will be receptive to hearing the truth of the matter.

After the debate, Trump clarified his position in a September 2 interview with Sean Hannity on

The first point to be made here is that this is NOT something he is saying for the first time after the debate – something Biden pushed him to say.  He has said it many times.

And so, what I provide here is documentation for the fact that he has made statements against white supremacists many times.  Scroll down to the Washington Examiner FLASHBACK:

The charges against Trump regarding defense of white supremacists perhaps originated with the violent incident in Charlottesville in 2017 that resulted in the death of one woman.  Again and again the accusation has been made that he referred to the white supremacists (KKK, neo-Nazis, etc.) as “very fine people.”  But that was not the case.  This is how Rabbi Dov Fischer, who is a law professor as well as a rabbi, described the situation in “The Protocols of the Elders of Charlottesville”:

“There had been angry demonstrations in Virginia pitting people who want to tear down Confederate-era statues versus those who want those sculptures preserved. The opposing sides were quite heated, and President Trump said there were ‘very fine people’ on both sides.

“On one side, there were very good American patriots who wanted to tear down statues that seem to honor slavery and those who took up arms against the Union, and on the other side there were very good American patriots who, recognizing the evils of slavery, nevertheless wanted to preserve the history of Virginia and the monuments that honor those who fought to defend Virginia, their families, their homesteads from the invading Northern armies who threatened to do to them what General Sherman ultimately indeed would do to Atlanta a few years later. There indeed were very fine people on both sides.” 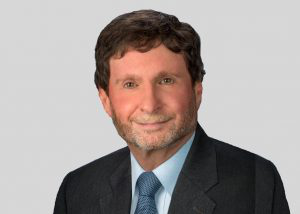 And this is exactly how the president explained it:

If you are interested in honest clarification, take the time to listen.  What the president said is very different from what he is accused of having said.

These running accusations are something Donald Trump has to continually battle.  He refers to the charges as “false news,” with solid reason.

I turn now to astute comments from Jonathan Tobin, editor of JNS, who maintains that Trump’s fault lies with his style and his personality, and not with any inherent racism (emphasis added):

“The exchange with moderator Chris Wallace with interjections from Joe Biden went as follows:

“Wallace: ‘Are you willing tonight to condemn white supremacists and militia groups, and to say that they need to stand down and not add to the violence at a number of these cities, as we saw in Kenosha and as we’ve seen in Portland?’

“Trump: ‘Proud Boys, stand back and stand by. But I’ll tell you what, somebody’s got to do something about Antifa and the left because this is not a right-wing problem.’”

“Parsing out what was said here isn’t hard. Contrary to the headlines, Trump didn’t refuse to condemn these groups. Although he spoke colloquially, saying, ‘Sure. I’m willing to do that,’ was, in fact, a statement of assent.

“But Trump didn’t rephrase it as Wallace, with Biden egging on the moderator, demanded. Trump always refuses to do as bidden when placed in such situations, no matter how easy or obvious it would be to do so to simply say, ‘Yes, I condemn them.’ And telling the Proud Boys to ‘stand back’ was, at least in Trump’s mind, also assenting to Wallace’s question. Unfortunately, adding the rhetorical flourish of “’stand by’ could be interpreted as diminishing the significance of the first phrase and may well have encouraged the group.

“It’s easy to say Trump should have given Wallace what he wanted. But part of the problem here is that Trump knows that he has issued many declarative statements condemning white supremacy throughout his presidency, and it never satisfies those who are eager to pin the label of ‘extremist’ on him. This impels him to petulant defiance that is foolish but not racist.” 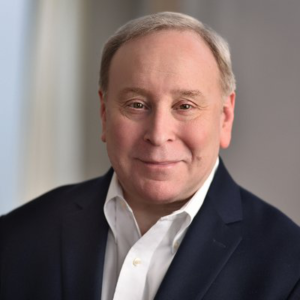 But there is a flip side to this issue, one that Trump raised [and was raised by Hannity in the first clip above], but which is largely ignored because of media bias.  Tobin addresses this:

“…any discussion of this subject must also note that Trump’s objections about the question — somebody’s got to do something about Antifa and the left because this is not a right-wing problem –were, in large measure, correct…

“The notion that white supremacists or the Proud Boys, a group that the ADL says numbers no more than several hundred, are the ones who created the urban crisis that has afflicted the United States in the last four months of violence and riots is not so much wrong as it is gas-lighting [focusing on the wrong issue to deflect a challenge]. Sightings of them at the hundreds of riots that have taken place since the death of George Floyd have been rare.

“It’s also true that while Biden condemned violence…he chose not to condemn Antifa and its fellow travelers, as well as the people who have helped fund and foment riots, but somehow that was largely ignored...

“Nor did [Wallace] ask Biden about his refusal or that of his campaign to distance himself from other extremists.

“For all of his pose of civility and normality, Biden wasn’t asked why he compared Trump to Nazi propaganda minister Joseph Goebbels…

“Wallace didn’t ask Biden why he and running mate Sen. Kamala Harris met with an anti-Semitic supporter of hatemonger Louis Farrakhan whose son had been shot by police, about whom his running mate said she was ‘proud.’

“Biden also wasn’t asked about his campaign’s apology for denouncing the anti-Semitism of former Women’s March leader Linda Sarsour who was granted a speaking slot at the Democratic National Convention.

“None of that absolves Trump from his failure to clearly state his position on right-wing extremists or for statements that he has made that are worthy of criticism. But the fact that what the president said was mischaracterized as support for white supremacists, while Biden gets a pass for his equivocations and refusal to explicitly condemn left-wing extremists who have been the ones burning American cities in recent months, is exactly what convinces Trump that he shouldn’t bother conforming to the demands of his interrogators.”