Benny Gantz, failing to put together a governing coalition, returned the mandate to the president, this evening, Wednesday. 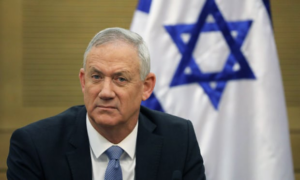 The next step is a period of three weeks during which any member of the Knesset who can garner the support of 61 MKs will be given two weeks to put together a coalition.  A real long shot, but not impossible.

The vast likelihood is that we are going to elections again.  Unreal!

My prayer is that the electorate will draw lessons from how some of the participants in this sorry drama have behaved and vote accordingly.

It may yet be that despite the cost to our country, and the grief, we will end up with a solid right wing government.

We saw this coming, and hoped anyway (or some of us did), because there was no reason for a government not to have been established.

I’ve alluded before to the busha, the shame, or better, disgrace, of what has been happening.  And here we are:

Gantz refused to join his Blue and White with the right wing in a unity government because he wanted a liberal unity government; this is an oxymoron – he’s not truly seeking unity.  He wanted to rule out not just the haredi parties, but Yamina, which consists of the New Right (which is religious “light,” hoping to draw in secular Jews as well), Bayit Yehudi, and National Union.

Gantz also refused to accept Rivlin’s compromise for a unity government, which would have allowed Netanyahu to go first (so that he would have had his chance in case he is indicted and steps down).

Gantz was not in a position to form that minority government, as he had threatened, with backing from the United List in the opposition: Moshe Ya’alon (Telem), a faction of Blue and White, was unwilling to participate in this without Lieberman having signed on.

And what about Lieberman, who has conducted himself as if he is God’s gift to the Israeli electoral system? 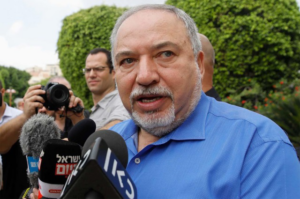 He had declared he was going to make a unity government happen.  He didn’t.  Now – after multiple meetings and innumerable public pronouncements – he refused to join either party for a narrow coalition. This is in spite of the fact that he had said that if no unity government was established he would go with the party that was willing to cooperate on unity.

His comments about the religious parties are vile.  He’s not just against the haredi parties (with which he once cooperated); ludicrously, he has on several occasions referred to Ministers Peretz (Bayit Yehudi) and Smotrich (National Union) as “messianics.”

Originally, Lieberman’s demand for sitting with the right wing had to do with changing the rules for haredi enlistment into the army.  But more recently, he added further demands; demands the religious parties would not sign on to – which he surely understood very well even as he enunciated them.

Tonight, in his parting shot, he attacked the haredi parties shamefully.

If there is any justice, and his supporters have their eyes even part way open, he will not be returned to the Knesset.

Had Lieberman signed on with Likud and the right-wing bloc there would have been a government.  He had his chance to save the day. Who knows what he wants.

Before moving to other matters, I want to mention this issue, which has muddied the political waters:  I have written numerous times about my sense that the possible indictment against Netanyahu is highly politicized and unfair to our prime minister. Gantz has used this issue as a reason to not sit with Netanyahu in a joint government.

Now we’ve heard from professor emeritus of Harvard Law School Alan Dershowitz, who is not exactly known for a stringent right wing stance.  He has called upon Israel’s Attorney General Avichai Mandelblit to “do the right thing” and drop the charges against Netanyahu:

“I think we’re seeing the weaponization of criminal justice for political purposes. In Israel, the attorney general is supposed to be outside of politics.” 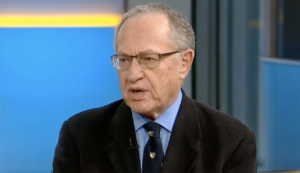 Finally it’s imperative for us to consider other events that impinge upon Israel.  There has been in inordinate focus on our politics, but the world truly does keep turning.  Today I want to look at one issue and return soon to discuss others:

News of an extremely important nature broke on Monday, with an announcement by Secretary of State Mike Pompeo that “the Trump administration is reversing the Obama administration’s approach towards Israeli settlements.” 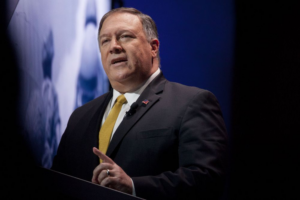 Tracking policies of previous administrations, Pompeo said that Carter had declared the settlements to be illegal, and that in 1981, Reagan disagreed with this position. Subsequent administrations maintained a bi-partisan position that did not dwell on legal positions.

That is, until December 2016, when then secretary of state John Kerry publically reaffirmed “the supposed illegality of settlements.”

After carefully studying all sides of this issue, said Pompeo, “this administration agrees with President Reagan. The establishment of Israeli civilian settlements in the West Bank [Judea and Samaria] is not per se inconsistent with international law.”  (Emphasis added)

Pompeo went on to make clarifications of this statement:

1) This position by the US government applies to settlement activity as a whole, and is not a declaration about the legality of any particular settlement.  It falls to the Israeli court system to address questions about specific settlements.

2) The door is still open to negotiations between Israel and the PLO on the final resolution of the status of Judea and Samaria: “International law does not compel a particular outcome, nor create any legal obstacle to a negotiated resolution.”

3) It should not be assumed that what the US government has determined is the case in Judea and Samaria applies to other situations in the world – this is relevant only in this instance.

However various administrations have chosen to deal with it, there has been a legal opinion on the books in the US since 1978 known as the Hansell Memorandum, which stated that settlements in Judea and Samaria are “inconsistent with international law.”

However, explains Kontorovich, the Hansell Memorandum was “legally inaccurate and long-outdated…

“The international-law arguments against settlements were devised solely for the case of Israel and have not been applied in any other situation. After 50 years, it is clear that these arguments do not reflect international law in practice, but rather a desire to put nice words on the argument that Jews should be banned from living in their homeland. Secretary Pompeo has torn the veil off these arguments…

“The U.S. now correctly takes the position that Israel is not an occupying power in the West Bank, and Jews living in Judea and Samaria is not a war crime.”

What is more, says Kontorovich, “proponents of the claim that international law regards settlements as illegal have always defended their position with the circular claim that the entire international community agrees with it. That claim can no longer be made with any seriousness.” 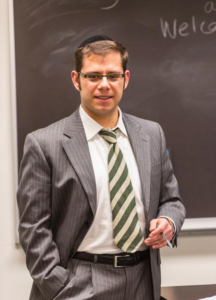 This is HUGE.  It undercuts claims that Israel is an “occupier,” and that all negotiations Israel has with the PLO must begin with the premise that everything beyond the 1949 Armistice Line (commonly and erroneously referred to as the 1967 “border”) belongs to the Palestinian Arabs. It refutes the primary premise of BDS, as well.

There are many organizations that have vigorously promoted this position that the US has now adopted – Regavim; The Legal Grounds Campaign, which I co-chaired with Jeff Daube; The Legal Forum for Israel; etc.

I have read that Ambassador David Friedman, a true friend of Israel, lobbied vigorously for this change in US policy. 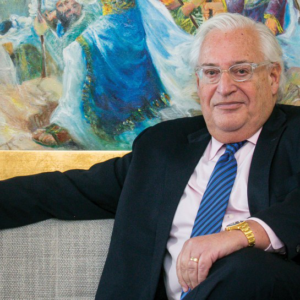 Fast-tracking the bill means exempting it from a mandatory six-week waiting period for new legislation – it would come before the full plenum next week.

While the legislation still must be approved in a vote by the Knesset Arrangements Committee, led by MK Avi Nissenkorn (Blue and White), it is not anticipated that there will be a problem. The Blue and White pledged to apply sovereignty to the Jordan Valley, and Yisrael Beitenu had submitted a bill similar to Haskel’s.  It is expected to pass the plenum without a problem.

I note here, for the hundredth time, that while media sources sometimes refer to “annexing” areas of Judea and Samaria, properly we are speaking of applying Israeli sovereignty.  If the land is already ours, we cannot ‘annex” it.

While this legislation will most likely move forward, there are other actions that it will be difficult to advance now because Israel is functioning with an interim government only.

At this point, you might find it helpful to review, and share, the Basics of Israel’s Rights to the Land:

For clarity as you consider the issues, in particular note:

[] The 1949 armistice – and the armistice line it established – was breached by Jordan in 1967 when it attacked Israel. In legal terms, it then no longer existed.

In the course of fighting a defensive war, Israel moved into Judea and Samaria and eastern Jerusalem.  Israel was liberating these areas from an illegal occupation.  Israel could not be an “occupier” in that Land, as 1) it was part of the original Mandate land, 2) the doctrine of customary international law in Uti Possidetis Juris states that emerging states presumptively inherit their pre-independence administrative boundaries, and 3) there was no legitimate sovereign in the land before Israel moved in.

Needless to say, this new stance by the Trump administration was not embraced enthusiastically across the board.  We would not have expected it to be.

The Palestinian Arabs are having apoplexy. The UN responded negatively; as did the EU; some individual European states; pro-Palestinian Arab NGOs, here and abroad.

The PA is now calling for additional “popular resistance” to “act in order to thwart the plot to eliminate the Palestinian cause.”