From Israel: A Glimmer of Light

It is been a while since I have begun a posting with even a bit of optimism.  But that, my friends, is what I want to deliver today.  Just a glimmer… 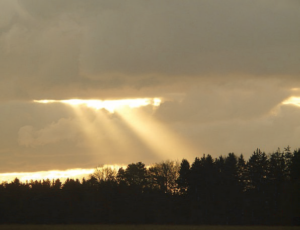 Not because all has turned to sweetness and light.  Rather, because Israel seems to have regained her footing.  This is hugely important.

Last week, matters were fairly awful with regard to what was happening in Gaza and at the fence.  The situation continued to escalate: the riots had become a daily, rather than a weekly, occurrence, with more people at the fence, more rioters throwing grenades at our soldiers, and more incendiary and explosive devices sent into Israeli airspace.

We were watching an insufferable situation unfold.   Many here in Israel felt that it was time for the IDF to take a much firmer stance.
~~~~~~~~~
Last Tuesday, large quantities of fuel were carried by truck into Gaza in order to increase the amount of electricity generated at the power plant; this was the first, we were told, of what would be several such deliveries.  At UN urging, Qatar had agreed to pay for this fuel, and delivery was accomplished with the cooperation of Israel: the fuel was purchased from an Israeli company and carried via the Kerem Shalom crossing with Israeli consent.

It seemed a huge mistake to consent to this sort of cooperation, which would alleviate some of the pressure on Hamas, without having first insisted that Hamas cool it at the fence.  But there it was. 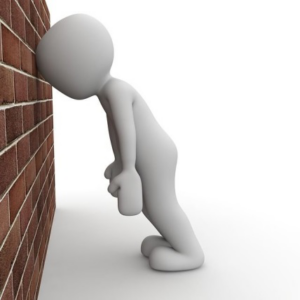 What exacerbated the situation was an announcement by Hamas spokesman Abdel Latif Qanou that this fuel delivery was done in the context of efforts to achieve a truce agreement with Israel, and would be followed by further (unspecified) steps.

But a long term truce is not even a good idea for Israel!
~~~~~~~~~~
On Friday, Dr. Mordechai Kedar, of Bar Ilan University and the Begin Sadat Center for Strategic Studies, gave a brief interview explaining the recently developed Hamas strategy for undermining Israel that was in play. 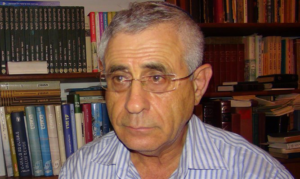 Utilization of tunnels and rockets was not working for Hamas, explained Dr. Kedar, because these methods were seen internationally as overtly aggressive.

And so, Hamas leadership established a new unit charged with attacking Israel more subtly, in order to give the world a different perspective: People “innocently” demonstrating during the “March of Return” at the fence. Don’t they have rights?  Kids flying balloons.  What do you want from kids?

http://www.israelnationalnews.com/News/News.aspx/253149
~~~~~~~~~~
There was for me, as I listened to Dr. Kedar, a profound sense of unease.  While I continued to see the very careful IDF stance as a serious error, I also began to perceive more clearly why the IDF, always exceedingly mindful of public opinion, had been stepping carefully.  The world, so eager to point fingers at us in any event, wasn’t seeing the horrendous incendiary results of those balloons, so much as the balloons themselves.  The public at large, ignoring the fact that most of those at the fence were Hamas or incited by Hamas, was focused on the impression that the Gazans, long oppressed, were speaking for their rights.

We were being had, big time, and the question was whether we would let this state of affairs continue.
~~~~~~~~~~
But then Hamas severely overplayed its hand and the situation shifted rapidly:

Late on Friday, explosives were thrown at the security fence along the Gaza border in the area adjacent to Bureij; this caused a breach in the fence through which some 20 rioters crossed the border into Israel, headed towards a security post where soldiers were stationed.

IDF forces responded well to the situation. Most of the rioters were driven back by live fire; three were killed. 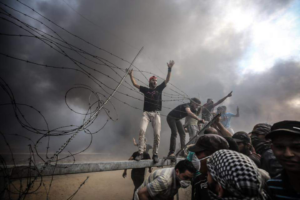 In addition to the violence at the border, ten fires were started by incendiary balloons on Friday.  The balloons are traveling farther – there were three found in Jerusalem this past week. What is more, during the riots the first-ever incendiary blimp was introduced. 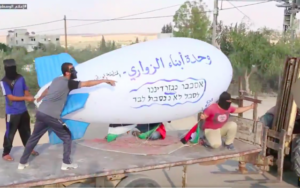 It was not the escalation of the terrorism that enraged him.  It was the fact that this was done just days after we had provided assistance for Gaza that would relieve some of the pressure on Hamas.

“Israel will not tolerate a situation in which fuel is allowed into Gaza while terror and violence is used against IDF soldiers and citizens.”

That was a start.  On Saturday night Lieberman tweeted:

“As long as the violence in the Gaza Strip does not stop completely, including the sending of incendiary balloons and burning tires toward the Israeli towns, the fuel and gas supplies to the Gaza Strip will not be replenished.” 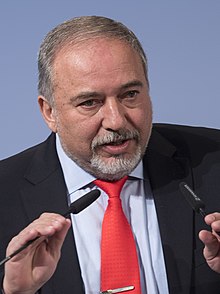 All right!
~~~~~~~~~~
And then there was more, as Hamas exposed its true intentions. The Hamas claim, for western consumption, had been that it sought a lifting of the blockade on Gaza, so that there would be supplies brought in and an opportunity for normal commerce.  But in response to Lieberman’s actions, Hamas leader Ismail Haniyeh declared that:

“Our marches are not for diesel fuel and dollars, but a natural right of our people.”

The violence would not end, he insisted, until the “siege on Jerusalem, Al-Aqsa and all the lands of Palestine is lifted.”

This is the man who, just days ago, had spoken about a truce deal with Israel that could “bring calm.”  Now he was openly declaring the Hamas intention to eliminate Israel. 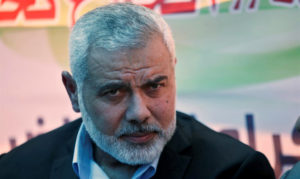 ~~~~~~~~~~
Prime Minister Netanyahu responded to this Hamas position at the beginning of the Cabinet meeting, this morning (Sunday):

“If they do not stop the violent attacks against us, they will be stopped in a different way and it will be painful – very painful.

“We are very close to a different kind of activity, an activity that will include very powerful blows. If it has sense, Hamas will stop firing and stop these violent disturbances – now.” 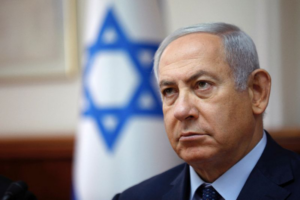 “…we have exhausted all the existing options. Let there be no illusions…We are ready to give the hardest blow.”

“We must retaliate to end this.  This black thick blanket of smoke covering our skies is unacceptable…

“The Gaza border communities’ residents are strong and are prepared for another round [of fighting] to achieve an outcome.

“Fighting is not the end, it’s the means after which calm would be achieved.”

https://www.ynetnews.com/articles/0,7340,L-5370812,00.html
~~~~~~~~~~
I want to ask my readers to pray for enduring strength for our leaders.  I believe after the words and actions by Hamas over the last couple of days it would be close to impossible for Israel to go back to being “helpful” to Gaza without a huge change in the situation.  But one can never be certain, and so I ask.

Just as I ask for prayers for all of Israel’s soldiers.