What I am referring to – amongst the myriad of matters that might go “bust” – are the plans to apply Israeli sovereignty to parts of Judea & Samaria now (emphasis added):

“Israeli Prime Minister Binyamin Netanyahu’s plan to apply sovereignty over parts of Judea and Samaria has been frozen for the time being, a senior Israeli official said Tuesday morning.

“Yariv Levin (Likud, pictured), the Knesset Speaker and chief of the Israeli delegation negotiating with the White House on the implementation of the sovereignty plan, said…that talks with the US on the plan were not progressing at this time, adding that American officials were open to discussion on the subject…

“Levin, a key Netanyahu ally, also said that Prime Minister Netanyahu would not move forward with the sovereignty plan without support from the US.

“Sources close to the Knesset Speaker responded to Tuesday’s report, saying that Israel never considered pursuing the sovereignty plan without US support, and that Israel is currently waiting for the US to weigh in on the plan.” 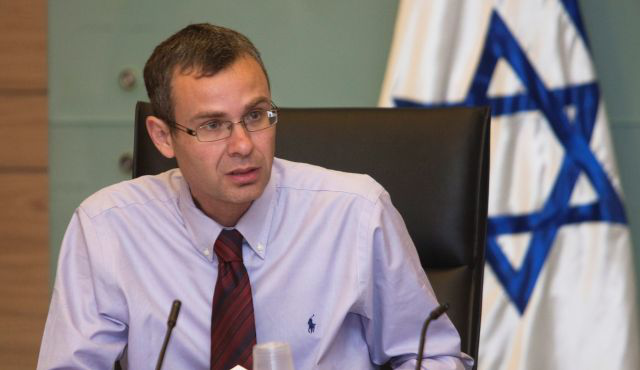 There is, at this point, a bad, or ambivalent, feeling about the entire venture.  This is not what was expected when the Trump team released the plan, “From Peace to Prosperity” in January.  From that point on, there were complications – starting, but not ending, with the matter of finalizing the map.

Earlier this week, Israel’s Kan News reported on two matters on which the US is pressuring Israel.

Because of concern about the instability of the current unity government, the US is eager to see Netanyahu bring Gantz and his Blue & White party more fully on board for sovereignty; at present, Alternate Prime Minister and Defense Minister Gantz has been dragging his feet on this.

One can imagine that, so shortly before the US election, Trump does not want to have this project blow up and become a negative. And so, under present circumstances, the US apparently is not prepared to move ahead and recognize Israeli sovereignty.

I will not belabor it here, but there are various takes regarding the possibility of bringing Gantz on board, or even the necessity of doing so from the standpoint of the unity agreement.

According to Kan, the second matter on which the US is pressuring Israel is this:

I am not able to state definitively and without qualifications that this is the situation.  But this is not the first time this charge has been aired—and not the first time I have written about it. And I do have verification from a knowledgeable source, who is convinced it is true (although, as someone else I spoke with said, all parties are playing it very close to the chest).

My response, if it is true, is unequivocal:

Again? I want to ask. We’re back to this?

This plan was touted as something different, with Israel able to move ahead regardless of whether the PA did. Now the Trump team has, it would seem, fallen into the same old trap.  The notion that the PA can be brought to a deal via concessions (which always puts the onus on Israel) has been disproved time and again.

“…Palestinian Arabs cannot at the present time sign an agreement that ends all claims and sign an end-of-conflict resolution that recognizes the right of a Jewish state to exist and live unmolested on land that was ever Muslim…This is the eternal blind spot of Western negotiators and American presidents who seem to just want a deal signed, and inexplicably believe that ambiguity will build trust…

“The annexation debate has obscured the true paradigm of the conflict. The question is not if Israel annexes (sic) 30% of the West Bank, would it end the dream of a Palestinian state. The question to ask is, would the Palestinians…sign an end-of-conflict resolution and accept a Jewish state? The answer for the foreseeable future is no. This is not a territorial conflict or it would have ended long ago.

“If this hill for a comprehensive agreement is too high to climb at this time, so be it. What is needed is honesty, so a putative peace agreement is not just a recipe for fruitless concessions by Israel…” 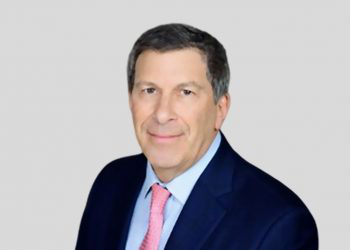 The entire logic of the situation has convinced me that it certainly is within the realm of solid possibility that the US would attempt to pressure Israel to make concessions.

Jared Kushner, who heads the “peace” project, is a businessman who moves in a world in which money talks. I have no doubt that he was sublimely convinced that the projected $23 billion that would have come to the PA in development once they were on board was going to turn the trick.

But it didn’t.  And he was left in a difficult situation, eager to move matters along somehow. Perhaps prepared to push for something that he thought would break the impasse. 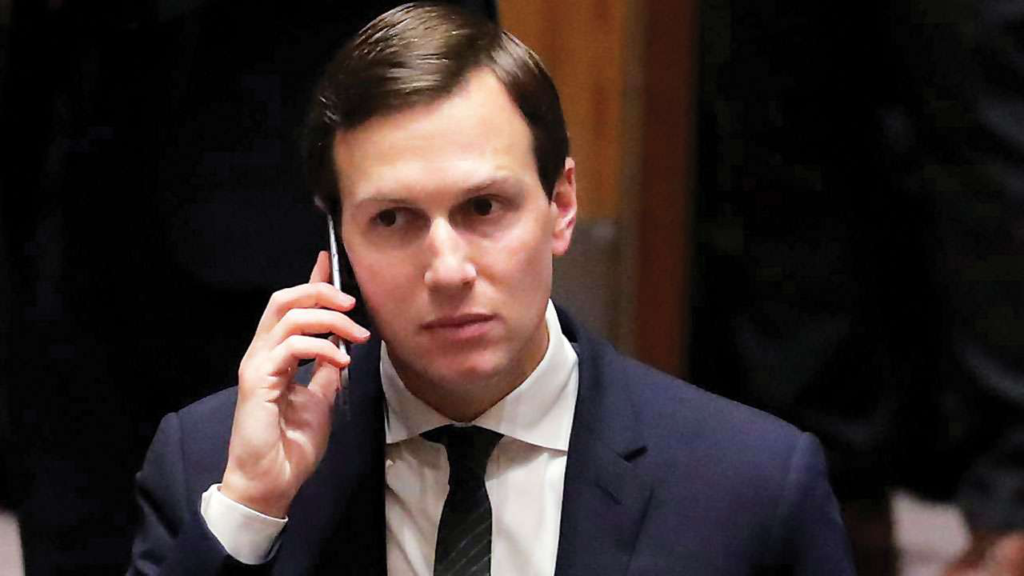 When the plan was put forward, the PA was supposed to have four years in which to come around. I have referred to this before: I heard it clearly coming from the mouth of US Ambassador to Israel David Friedman in a presentation to JCPA.

Now there seems a great rush, and I think that, too, can be readily explained: When the plan was drafted, there was a sense of confidence in the Trump administration that they would be around for a second term.  Thus there was time, and it could all come to fruition late in Trump’s second term. Now, while we fervently hope for a second Trump victory for America’s sake and Israel’s, it is less of a sure thing. Thus is there an eagerness on the part of the “peace” team to make something happen now, while it is still possible, and in order to give Trump an election boost.

It is my strongly held conviction that under no circumstances should Prime Minister Netanyahu make concessions in order to secure US recognition of application of sovereignty. It would only weaken us. Bad enough, as it is, that the “peace plan” acknowledged that the land of Judea & Samaria is Israeli and then proposed that we take only 30%.

Assuming he makes no concessions, our prime minister has two options.  One is to go ahead and apply sovereignty without US recognition. There is a push in this direction from segments of the right.  What they are seeking is unilateral sovereignty without connection to notions of a Palestinian state.

It has occurred to me that if we don’t cave to US demands and apply sovereignty unilaterally, there is a possibility that the US in the end would come along, and recognize it. But this is moot, as Netanyahu has clearly stated he will not move ahead except in agreement with the US.

The second option is to do nothing. There are those who believe this suits him, as he was ambivalent in any event and would be content to leave it.  This in spite of his on-going insistence, until now, that he intends to move ahead.

Some claim that we have a “window of opportunity” for applying sovereignty that is absolutely not to be missed.  But this thinking is based on the assumption that Trump won’t be around after January.  If he does win the election, there may yet be opportunity ahead.

In fact, the timing down the road might be better.

Right now, our country is embroiled in the twin headaches of growing numbers sick with corona virus and economic problems wrought by the pandemic.  Is our leadership at this moment in time truly prepared to give its best to debating and considering all options for moving ahead on sovereignty?

And then, there is another headache: The International Criminal Court (ICC), which sits in The Hague, Netherlands and liaisons with the UN. Ostensibly, the Court “investigates and, where warranted, tries individuals charged with the gravest crimes of concern to the international community: genocide, war crimes, crimes against humanity and the crime of aggression.”

Established by the Rome Statute in 1998, it began functioning in 2002. But, as Bar Levy and Shir Rozenzweig of the The Institute for National Security Studies explained the situation four years ago:

“Despite its initial support for the idea of the court, Israel harbored concerns that the ICC would serve as an instrument of lawfare that could be used against it. Thus, when an article was inserted into the Rome Statute defining a transfer of the population of an occupying nation to occupied territory as a war crime, even in the absence of force, and thus liable to incriminate Israelis settling in the West Bank, Israel decided not to ratify the statute or become a member of the ICC.”

They saw that the Court had “potential as a key element in the realm of legal warfare between Israel and the Palestinian Authority.” (Emphasis added)

And that is precisely how matters are unfolding now, as we see that the ICC is a highly politicized body and not an institution devoted to justice at all.

In brief, the Palestinian Authority, which should have no standing with the Court because it is not a sovereign state, has filed a complaint with the Court regarding “Israeli war crimes in Gaza, the West Bank and East Jerusalem.” Chief Prosecutor Fatou Bensouda of Gambia has requested permission of the Court – permission that has not yet been granted – to investigate Israel for these charges.

Were Bensouda to conduct an investigation, “it could have serious legal implications for Israeli high-level politicians, officials, and military officers. The prosecutor is likely to summon many of them for questioning. In the event that they ignore these summons, which they are likely to do, the prosecutor could then issue international orders for their arrest.

“On paper, they could then be arrested and extradited to the Court if they were to visit any of the 123 countries that are party to the Rome Statute. Obviously, this would not happen in the US or any of the other states that never joined the Rome Statute or that joined and later withdrew. Nor is it likely to happen in states that are party to the Rome Statute but that have officially rejected Bensouda’s claims [including Germany, Austria, Hungary, Brazil, Uganda, the Czech Republic, Australia, and Canada]. Nevertheless, in view of widespread bias and the excessive politicization of international law, an ICC investigation of alleged Israeli war crimes could severely damage Israel’s standing and reputation in the world.” 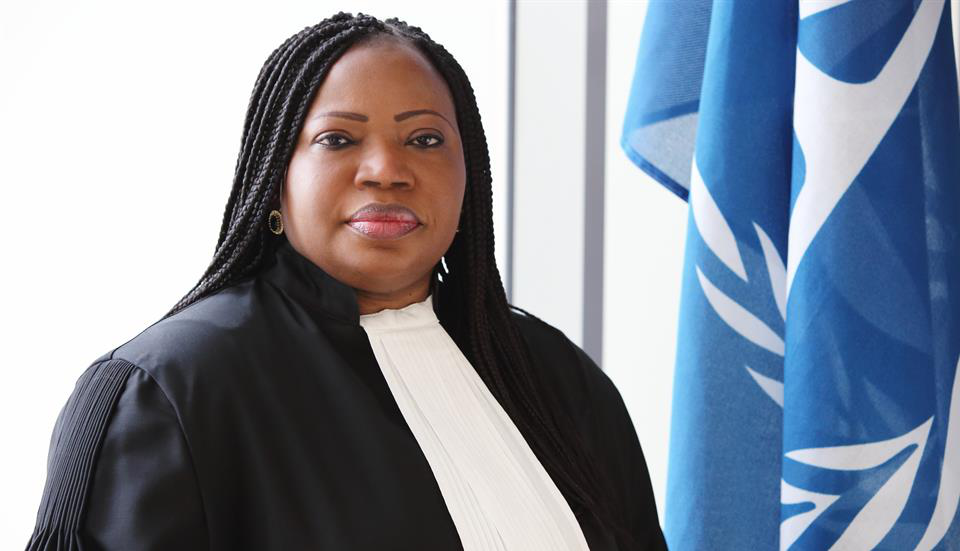 Bensouda herself is corrupt: “news reports recently revealed that Bensouda advised Palestinian officials on how to obtain a decision from the Court to investigate and indict Israel, and that she collaborated with Palestinian organizations while preparing her brief for the pre-trial judges. All of this conduct violates ICC rules.” (Emphasis added here and above)

The US is not a member of the ICC either, and faces similar threats from the Court.  Recently Prime Minister Netanyahu requested assistance from Secretary of State Mike Pompeo – assistance he is eager to provide.

Pompeo said, “A court that attempts to exercise its power outside its jurisdiction is a political tool that makes a mockery of the law and due process. If the ICC continues down its current course, we will exact consequences.”  (Emphasis added)

And the US has the power to do that in a way that Israel standing alone never could: We need the US.

I would suggest, then, that this is no time to cross the US by applying sovereignty unilaterally. (I am not advocating concessions to the PA!!)

What is more, there is thinking among some legal analysts that application of sovereignty at this time would reinforce Bensouda’s determination to act.

All factors must be examined with regard to what is in Israel’s best interest.  I have no doubt that when the time is right – when, figuratively, the stars align – we will apply sovereignty to the land that is ours.