From Israel: “Treasure Her! Treasure What Is Ours!”

With all of the political angst and tension that we are struggling with these days, it’s easy to lose track of what is not only good but very special.

Coronavirus restrictions, although greatly modified now, are still in effect with respect to crowds. And so, while there will be some smaller events, there will not be the usual celebrations.

Every year there is a flag parade through the streets of Jerusalem and down to the Kotel. 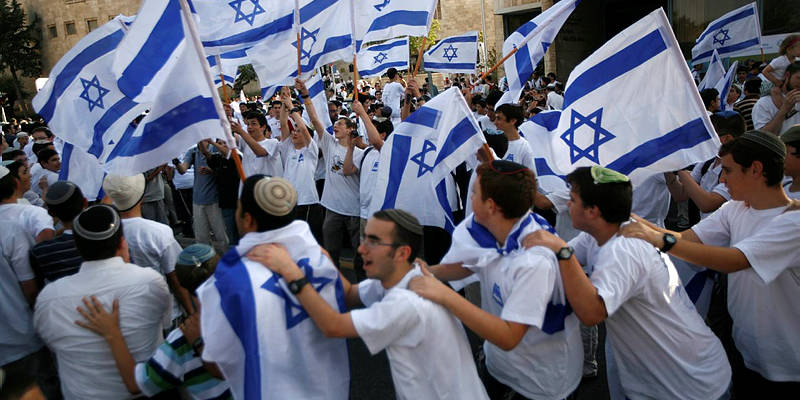 But this year, we can only recall the heightened energy of that celebration in years past, and hope that next year we will be able to celebrate normally once again.

HOWEVER, the fact that there will not be crowds dancing in the streets with flags does not in any way reduce the essential import of this day.  We must not allow our focus on the significance of the event we are celebrating to become diminished. Quite the contrary, at this time it should be enhanced.

Jerusalem is our ancient inheritance: Over 3,000 years ago, King David selected it as his capital to unify the tribes, and it was in Jerusalem that the Temple was then built by King Solomon.

In all of those 3,000 years, there was a period of only 19 years when the city was divided: that was from 1948, when Jordan occupied the eastern part of the city during the War of Independence, until 1967, when Israel liberated eastern Jerusalem in the Six Day War.

It is this liberation and re-unification of Jerusalem that we celebrate on Yom Yerushalayim.

For 19 years, eastern Jerusalem — where we find the Jewish Quarter, Har Habayit (the Temple Mount) and the Kotel — was blocked to Jews.

Today there are neighborhoods in eastern Jerusalem known as “Arab” neighborhoods. But many of these are places where Jews had once lived but that became “Arab” only because Jordan rendered the area Judenrein.

There was great rejoicing when the eastern part of Jerusalem came back into Jewish hands 53 years ago. On June 7 (28 Iyar on the Hebrew calendar, which how it is marked) paratroopers entered the Old City by way of the Lion’s Gate.

IDF Chief of Staff Lt. Gen. Mordechai “Motta” Gur commanded the brigade that penetrated the Old City of Jerusalem.  He broadcast the immortal words, Har HaBayit BeYadeinu (“The Temple Mount is in our hands!”)‎ 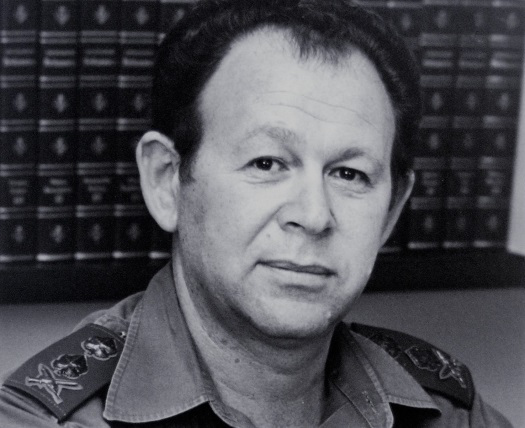 You can see video of the liberation and hear these words here:

Chaplin of the IDF, Rabbi Shlomo Goren, carried a Torah scroll into the Old City during the liberation.

In a radio broadcast, he said:

“I am speaking to you from the plaza of the Western Wall, the remnant of our holy Temple.

“’Comfort my people, comfort them, says the Lord your God.’ This is the day we have hoped for, let us rejoice and be glad in his salvation. The vision of all generations is being realized before our eyes…”

“With extreme joy,” he recited the Shehecheyanu, and then, to the weeping of soldiers, recited the kaddish for those who had fallen during the battle. After this, he blew the shofar. 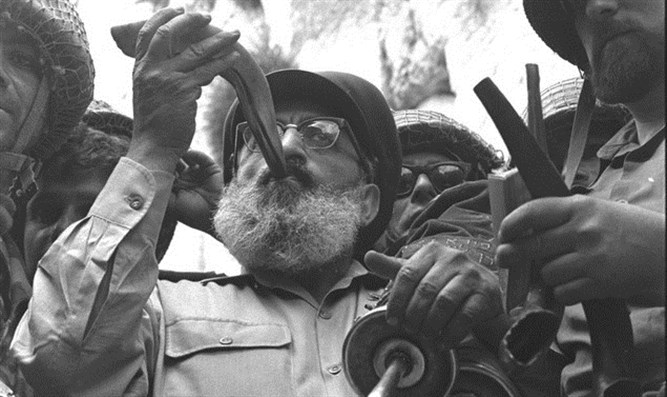 You can hear these powerful historic moments here:

But this is not the end of our story.

This morning, the Israel Defense Forces liberated Jerusalem. We have united Jerusalem, the divided capital of Israel. We have returned to the holiest of our holy places, never to part from it again.
To our Arab neighbors we extend, also at this hour – and with added emphasis at this hour – our hand in peace. And to our Christian and Muslim fellow citizens, we solemnly promise full religious freedom and rights. We did not come to Jerusalem for the sake of other peoples’ holy places, and not to interfere with the adherents of other faiths, but in order to safeguard its entirety, and to live there together with others, in unity. 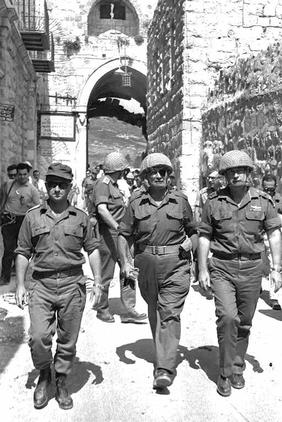 I will not dwell here extensively on Dayan’s motivation for taking this approach, rather than an approach which declared definitively that, while religious freedom for all would be guaranteed, the area, and most specifically Har Habayit, belonged unequivocally to Israel.

If his motivation was one of generating good will and friendly relations with the local Arabs, it was greatly naïve.  The policy he established haunts us to this day.  Unity, did he say?

The arrangement that was set in place established Israeli sovereignty over the Mount, with the Muslim Wakf (the Trust, controlled by Jordan with competing elements from the PA) responsible for administering day to day matters.

Over the years, however, the Wakf has abused its authority without adequate supervision and intervention by Israel, which is supposedly sovereign.

Muslim Arabs have done damage on the Mount, excavating improperly and without supervision.

Back in 1999, the Wakf, working with the Northern Branch of the Islamic Movement in Israel, conducted massive excavation work at the south-east corner of the Temple Mount in order to construct a new mosque.

Some 9,000 tons of antiquities-rich earth were removed and dumped in the nearby Kidron Valley. 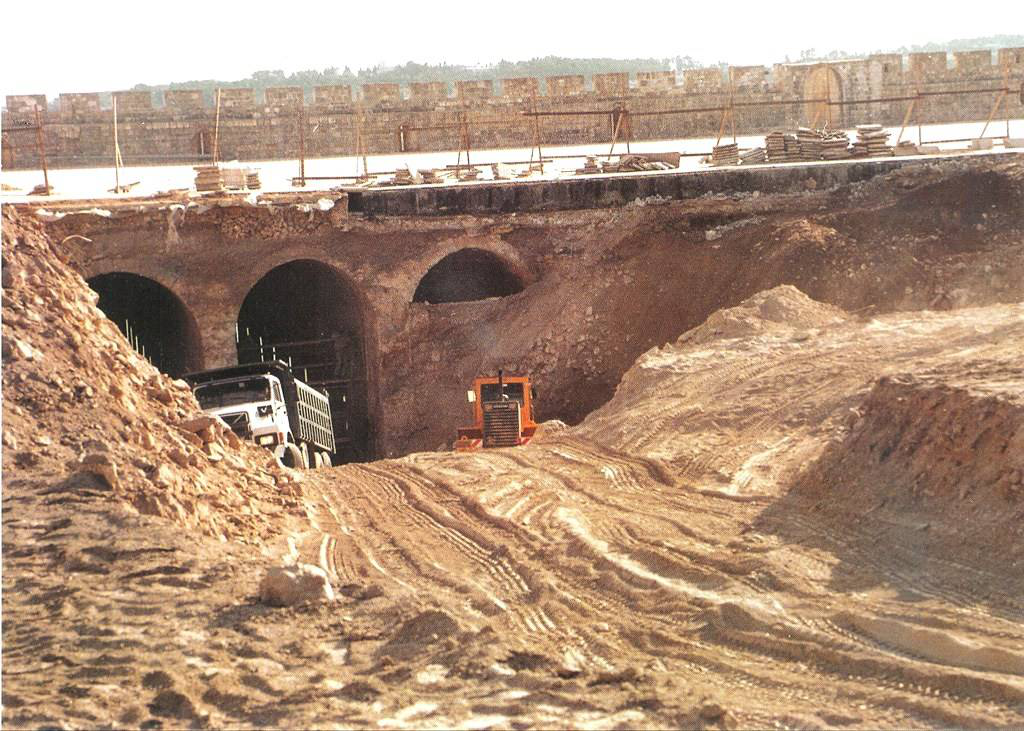 This was in violation of the Antiquities Law of the State of Israel.  According to Israeli archeologist Zachi Dvira, the project, was allowed to proceed “for political reasons”:

The Antiquities Law was not being enforced on the Temple Mount, says Dvira.  “Because of its political sensitivity…the measure of enforcement always depends on the ideology and politics of the prime minister.”

Much of the earth from the project was transferred to the Tzurim Valley National Park. More recently it was brought to the Masu’ot Lookout. Precious archeological remnants and artifacts that were contained in those tons of soil are being rescued by a private sifting project under the auspices of Bar Ilan University.

But our archeological record (the record that includes Temple times) has been tampered with.

Another, more recent, and very disturbing, instance of illegal excavation involves digging under the Dome of the Rock:

We further see that there is no equity in the way Muslims and non-Muslims are treated on the Mount. Muslims can go up at any time, while non-Muslims (primarily Jews, but also Christians) have very limited hours for visitation.

Muslims pray freely on the Mount, while Jews are not permitted this latitude.  The High Court ruled some time ago that Jews and Christians can pray on the Mount, but that the police have the latitude to stop such prayers when there is a concern for public peace and safety.

And so, crowds of Muslims on the Mount, who often follow non-Muslim visitors around, have only to threaten riots in order to impinge upon the civil rights of non-Muslims.

There has been some modest, quiet improvement in the situation of late, but it is not nearly sufficient.

And we have to ask: where is Israel’s sovereignty in all of this?

I will add here that Jordan plays a negative role in this scenario.  The 1994 Israeli-Jordanian peace treaty of 1994 recognized the “special role of Jordan in Muslim Holy shrines in Jerusalem.”

This, in theory, referred to the tending of Muslim holy sites. But what has happened is that whenever Jordan’s King Abdullah – overplaying his hand for domestic consumption – makes noise over one matter or another, Israel defers.  The king has even interfered in matters concerning the area immediately outside the Temple Mount.

I am aware that Israel does not wish to weaken the king, as unpleasant as he can be, because of concern that radicals will seize control in Jordan.  But yet, that same question must be asked: where is Israel’s sovereignty?

Make no mistake, my friends, the Muslims know exactly what they are about.  For all their claims of the sanctity of the Mount to them, this issue is primarily political.

There is no Zionism without Jerusalem, and at the heart of Jerusalem is the site where our Temple stood.  That Temple and its archeological remnants stand as witness to our ancient presence in this land.

Thus, the Muslims attempt to delegitimize our presence on the Mount in order to weaken us.

Academics have traced the degree of devotion expressed by Muslims to the Mount over various periods in time, and find that it correlates with the Jewish presence.  That is, when the Jewish presence was weak, Jerusalem, and the holy sites on the Mount (the Al Aksa Mosque and the Dome of the Rock) were neglected. Jerusalem is, after all, the third holiest site for Muslims, after Mecca and Medina.  But now there are expressions of the Muslim devotion to this site, with cries of dying for Al Aksa, because of the Israeli presence.

And so, let us celebrate Jerusalem, and her liberation 53 years ago.

At the same time, let us dedicate ourselves to reinforcing our sovereignty over our holy city.  And let us demand of our leaders that they devote themselves to guarding the treasure that is the Temple Mount.

There is much talk now about extending our sovereignty over parts of Judea & Samaria – and I will have a good deal to say about this complex subject after Shabbat. But let us begin with dedication to our sovereignty in Jerusalem.  Let the Temple Mount truly be in our hands, at last. 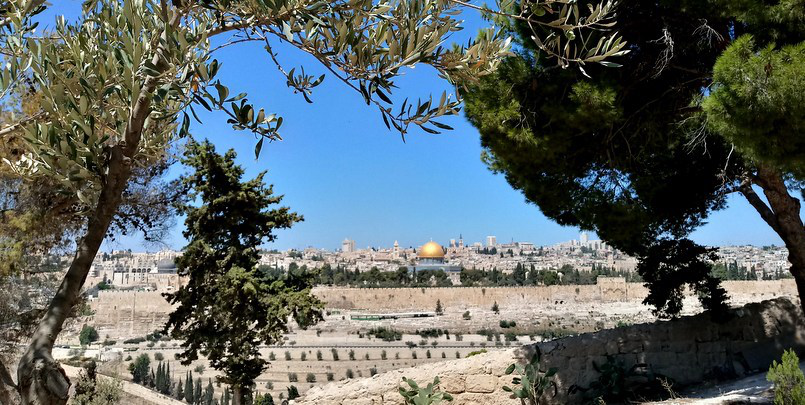 In closing, a marvelous rendition of Yerushalayim Shel Zahav by Shuli Lemmer: