From Israel: “Now THIS is Funny!!”

I am certain that many of you remember, earlier in June, when House Speaker Nancy Pelosi and some of her progressive fellow Democratic members of the House (notably including Chuck Schumer) knelt for eight minutes and 46 seconds to protest the murder of George Floyd. 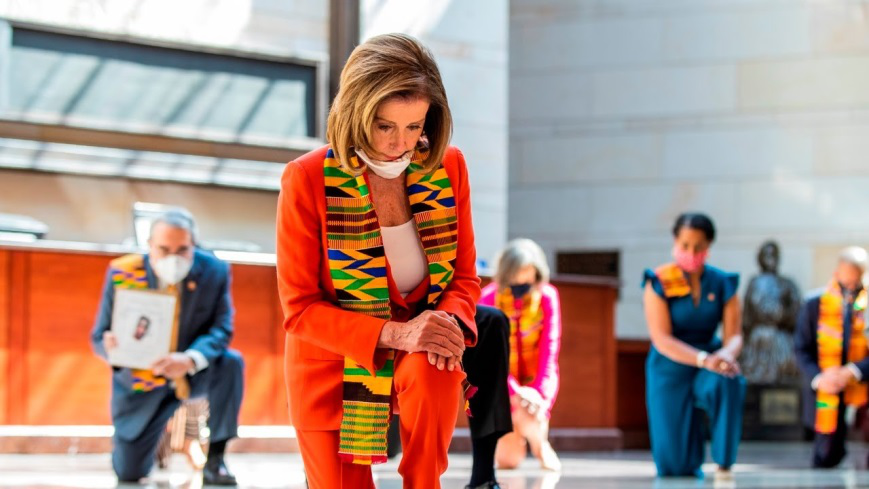 What was particularly notable about this publicity stunt was the fact that each wore a kente cloth, which is a cultural artifact of the Ashanti people of Ghana; woven of silk and cotton into distinct patterns, it has traditional meaning in that culture.

As I wrote previously, they were roundly criticized for this over-the-top politically correct stunt, with many questioning why – if the gesture was meant to protest the treatment of George Floyd in America – an African artifact should have been employed.

A fair question.  But another factor has come to light: The Ashanti were slave holders and a major exporter of slaves for some 200 years.

As I understand it, they were able to weave their kente cloth utilizing silk because the slave trade had made them wealthy. (Although I have read that primarily they bought guns with the slave trade money – guns that helped make further slave captures possible.)

What we see, then, is that Pelosi and company were terribly eager to show they were “woke” but in point of fact, they didn’t have a clue as to what they were doing.

Imagine: employing gestures meant to protest mistreatment of blacks, and unwittingly utilizing an artifact of a culture associated with slavery in order to do it.

Sometimes we have to laugh so that we don’t cry.

This might, I would hope, give some American voters pause as to the judgment of Democratic Congressional leadership and the wisdom of voting for them come November.

But there’s another important point to be made here.  Much is made today by radical progressives, and the mob, about how blacks are mistreated by whites.  There is talk about taking down statues of white founders of America because they were slave owners; there is the “1619” movement, which allegedly marks the arrival of slaves in N. America.

But, my friends, there probably would have been no slaves brought into America without the cooperation of blacks in Africa ready to capture and sell blacks from other tribes. (No slaves, or many fewer slaves:  Arabs were also complicit here.) 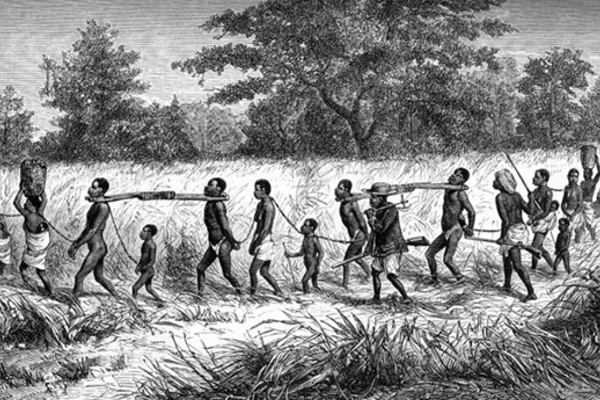 The information about the Ashanti slave trade brings to the fore awareness of blacks mistreated by blacks. Or it should, if we are honest about the situation and not just making political points.  Perhaps, finally, this opens the door to a more extensive discussion of the fact that an exceedingly high percentage of black murders in America (according to some statistics, 90%) are committed by other blacks.

So there is a social problem, and a very high crime rate among blacks in inner cities in places like Chicago, but it is not being adequately confronted and dealt with.  That is because doing so requires black communal introspection and readiness to be responsible.  It is easier and more comfortable to assume the attitude of the victim and point the finger at white racism.

Progressive whites, including Pelosi and her associates, feed this attitude of black victimhood.

Shortly after George Floyd was murdered, I watched a YouTube video of a panel of black persons who were examining the issue of racism in America – and the difficulty blacks may have in succeeding because of it.

One member of the panel was someone I recognized – someone who was successful.  (I am ashamed that I no longer remember who it was.)  His comment: It’s not a matter of race, but of culture.  That seemed to me a significant observation that merited further explanation.

Now I have explanation by way of an amazing piece by Dr. Danusha Goska that FrontPage Magazine has just run.  It provides painful insight into ways in which black culture can be a stumbling block to black success. 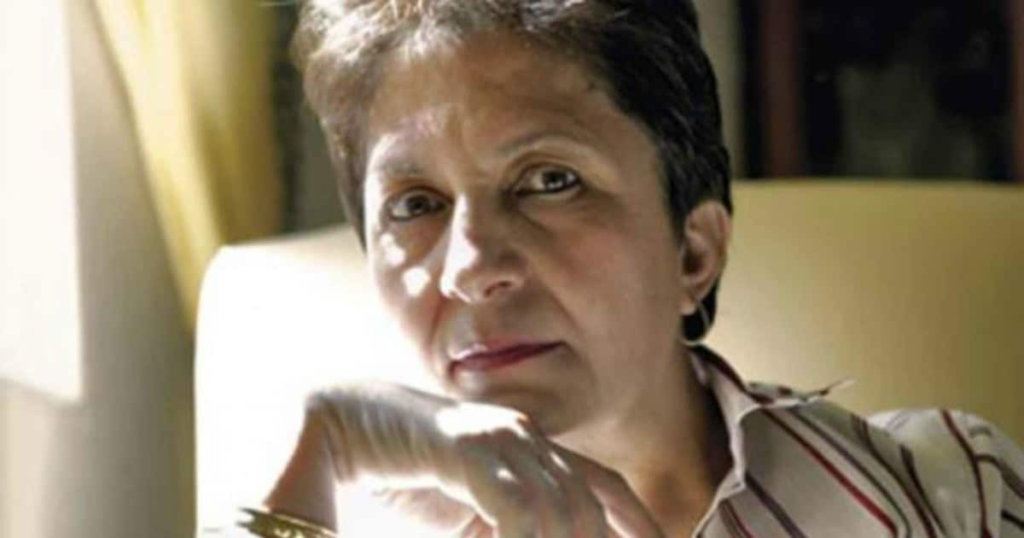 In her article – “A Black Lives Matter Reading List for Rich White Liberals” – she shares observations made by various thinkers and educators that provide a very different perspective from the one embraced by those white, liberal Americans who are currently doing penance.

Nothing remotely funny here:  I read it and my heart was heavy.

“But then there is ‘John McWhorter’s “Explaining the Black Education Gap“…one of the bravest pieces of writing you will ever read. McWhorter takes on a raw, ugly, and gaping wound: the achievement gap. Year after year, African Americans score at the bottom of standardized tests of academic achievement. Students with ancestry from Confucius-influenced countries like Japan, China, and Korea, score at the top; whites, Hispanics, and African Americans follow, in that order.

“McWhorter…says that ‘students in other minority groups with similar vulnerabilities still manage to make excellent grades … The chief cause is not racism, inadequate school funding, class status, parental education level, or any other commonly cited factor, but … anti-intellectualism that plagues the black community … perpetuated by the powerful strand of separatism in black culture … that rejects as illegitimate all things “white” … school and books are seen as suspicious and alien things that no authentically black person would embrace … this attitude goes unrecognized because of the widespread insistence on viewing blacks as victims.’ (Emphasis added)

“McWhorter reports that…Black students let each other know that it disqualified them from group membership to engage in ‘nerdy thinking … new ways of thinking and close engagement with the written word …[or] openness, a sense of integral commitment and belonging to the world of the school.’ To ‘embrace school’ would ‘signal disloyalty, even treachery.’

“McWhorter reports that his very first memory, from when he was only three years old, is of being physically struck and mocked by other, older black kids because he could spell.

“McWhorter rejects the racism explanation as ‘infantilizing’ blacks. He invokes Chinese-Americans and Jews, who also experienced discrimination, and who score at the top of the charts. He cites Caribbean blacks and recent arrivals from Africa, who also do well in school. In fact, according to one study, foreign-born blacks earn thirty percent more than American-born blacks. The success of foreign-born blacks would suggest to any reasonable person that the liberal argument that contemporary white racism is the sole place to look for the source of American-born blacks’ misfortunes is a flawed approach.” 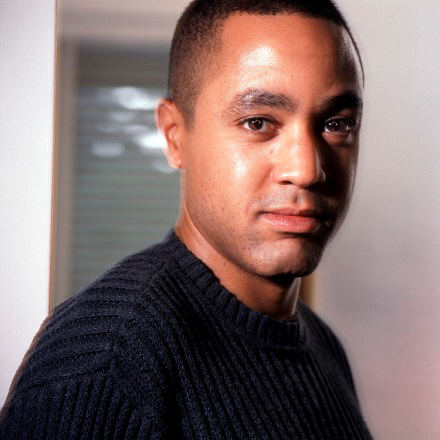 There is a great deal more in Goska’s piece, which I urge you to see and consider for yourselves.

But I will mention this:

In 2008, Jeremiah Wright, who was Barack Obama’s pastor, gave a speech to the NAACP in which he declared that “African American children are ‘apples’ and white children are ‘rocks.’ Reading and writing are ‘meaningless.’ A better gauge of knowledge is black kids’ facility with hip hop lyrics. White children are ‘left-brained.’ Black children are ‘right-brained.’ In school, ‘black kids wouldn’t stay in their place. Over there behind the desk, black kids climbed up all on them … they come from a right-brained creative oral culture like the griots [storytellers] in Africa who can go for two or three days as oral repositories of a people’s history.’…

“This racist speech by a powerful man to a powerful organization demonstrates one of the roadblocks faced by the educators described above. If [they] tried to require their students to master subject matter, and meet the same behavioral standards as white or Asian students, the ideas expressed in this speech would stand in their way. Any such demands are racist. The white teachers making such demands suffer from ‘implicit bias;’ the black teachers making such demands are ‘Uncle Toms’ and suffer from ‘internalized racism’…Thanks in no small part to liberal approaches and policies, a black child can graduate high school without mastering basic subject matter in mathematics or history, and, in many cases, without being able to read.” (All emphasis here and above added)

I hasten to note that what is described above certainly does not apply to all blacks in American. There are those who do succeed, and stunningly.  Over 50% are middle to upper class and earning very respectably. Many are professionals. But they are not broadly respected and emulated by those blacks who do embrace the anti-intellectual attitudes these authors describe. Those who are successful are considered to have betrayed black culture, they are “Uncle Toms.”  This is all unspeakably sad.

It is time for liberal whites to get off their knees and start confronting these realities.

I have wanted to touch upon what is happening with the demand of radicals to take down a vast number of monuments and statues.  Here, before closing, I do so.

Lt. Col. Allen West, retired U.S. army lieutenant colonel, former congressman and political commentator, made this comment with regard to taking down confederate statues in an interview:

“The right thing is for everyone to understand those — and George Santayana once said — those who fail to learn from history are doomed to repeat it. 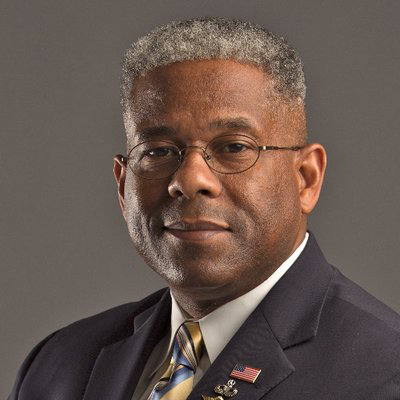 Then, please listen to Tucker Carlson on this subject, less than a week ago: