I wrote last about my broken crystal ball, which makes it impossible for me to predict with reasonable accuracy what is likely to happen regarding application of sovereignty.

My crystal ball is functioning no better today.

But I’m not going to write here about what might happen, rather what should happen.

Israel has done more for the world in less time than any nation on earth.

See this video, which is about four years old, but represents an on-going reality regarding Israel’s readiness to lend assistance around the world:

Think about Israel’s willingness to bring in wounded people, especially children, from the enemy state of Syria in order to treat them during the course of the Syrian civil war.

“You cannot stand aside and do nothing, when you see children, women, men…mostly civilians…with severe injuries…” said Dr. Tarif Bader of the IDF.

And about the vast number of medical innovations that have saved countless lives across the globe.

And all of the technological advances (hi tech) that help the world to function – advances that are utilized widely and taken for granted.

Factor in the relief (mostly unacknowledged) of the Sunni Arab nations because of Israel’s strong stance against Iran.

And so, truly, we are a light unto the nations.

But do I expect the world to jump up and down celebrating all that we do? 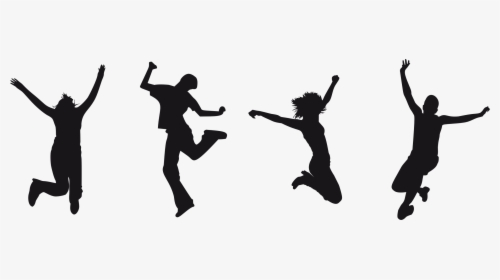 Of course not: I am not foolish. Individuals around the globe acknowledge us.  But nations? That is another story.

Now please, consider the Palestinian Authority and the PLO, which ostensibly represents all Palestinian Arabs.

I dare anyone to point to a single way in which the PA and the PLO have made the world a better place.

They are responsible for countless deaths via their terrorism; the PA to this moment continues to incite terrorism.

They play the victim card, and hold out their hands for money.  But funds they receive go to malign purposes, or into the pockets of their purported leaders, and the people are not helped.

They have not developed the institutions of a free society and are massively oppressive of their own people.

The PLO claims that the region of Judea & Samaria is theirs.

A scene in Samaria 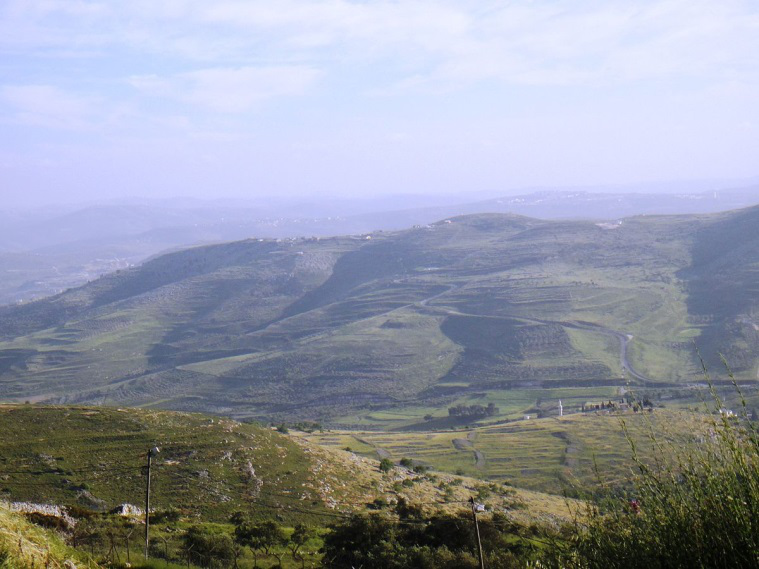 This is a blatant lie: A lie that is eagerly embraced by a good part of the international community.

To explain why this has happened – why many nations pump up the miserable PA to the detriment of Israel – is beyond the scope of this posting. (Anti-Semitism is an obscenity that defies rational explanation.) Suffice it to say that it represents an injustice of enormous proportions.

To understand the basics of Israel’s rights to the land see this from my website:

As July 1 – the date that Prime Minister Netanyahu has set as the earliest for beginning to apply sovereignty over parts of Judea and Samaria – approaches, the din increases. There are threats and there are warnings regarding Israel’s intentions to move ahead. The pressure on our prime minster must be over-the-top. 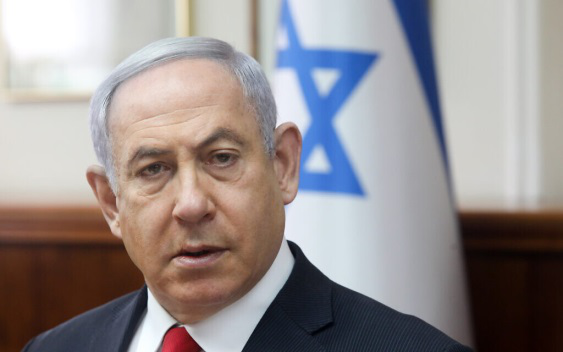 One of the arguments made against application of sovereignty is that it will cause a “conflagration” – greatly increased violence by Palestinian Arabs in Judea & Samaria.  Maybe a new intifada.

These threats are in some measure just that: threats that will not materialize.  It would be interpreted as a sign of weakness in the Arab world if Israel were to back off on intended actions because of such threats.

Khaled Abu Toameh, writing in the JPost on Sunday, tells us that there is apathy amongst the Palestinian Arabs, who are refusing to heed the call of the PA and Fatah to go out in the streets in large numbers, “much to the dismay of senior PA and Fatah officials.”  There are a host of reasons why this is so, primary among them a lack of confidence in PA leadership.

And so, it is extremely unlikely that Judea & Samaria will go up in flames if sovereignty is applied.

What particularly distresses me is the fact that the onus in this situation is put on Israel: Don’t do it, it will be your fault if there is violence.

There is no groundswell of verbal and written protest among analysts and commentators deploring the fact that the PA – which has had ample opportunity to establish a state – “negotiates” by promoting violence. It’s as if this is a given, and it’s up to Israel to defuse the situation.

Yet in spite of this, it was something else that was the last straw for me:

When Boris Johnson was elected British prime minister, he sounded like a fairly good guy with regard to Israel.  There were a few provisos that perhaps rang bells, but all in all his approach seemed reasonably positive. 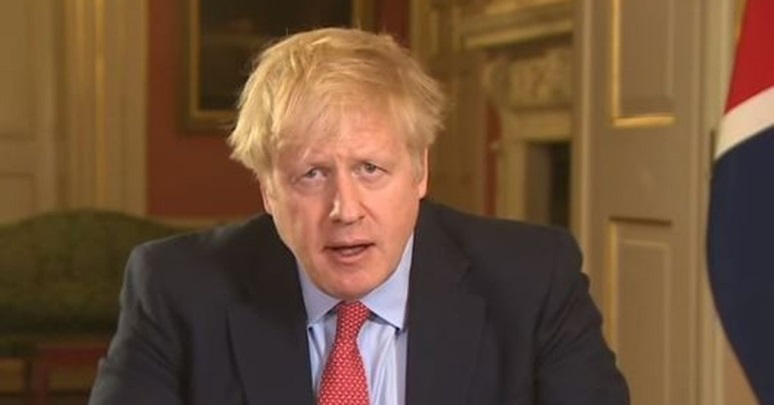 That is, until the issue of Israeli application of sovereignty was raised, at which point he declared:

“I believe that what is proposed by Israel would amount to a breach of international law and we strongly object to it, and we believe profoundly in a two-state solution and will continue to make that case.” (Emphasis added)

Come again?  A breach of international law?  This from the prime minister of Britain?

Look, I get it that Britain has a large and volatile Muslim population, and Johnson might feel obligated to pump for a Palestinian state. He might, for example, have spoken in vague terms about Palestinian Arab longing for national independence (a crock, a carefully constructed myth, yet one that might have served his purpose).

But for him, of all leaders, to make this charge is over the top.

I wanted to say to him (forgive the modest lapse in professional language): “Are you totally a dimwit, or just pretending to be one?” Does he truly lack knowledge of his nation’s history going back a hundred years?”

What I allude to, of course, is the fact that Britain was the mandatory power for Palestine – accorded this role by a unanimous vote of the League of Nations in 1922, following the earlier decision of the San Remo Conference.

As mandatory power, Britain was charged with establishing a homeland for the Jewish people in Palestine, “facilitating Jewish immigration” and “encouraging…close settlement by Jews on the land.”

And that, my friends, truly was an article of international law.

What is more, Winston Churchill, British Secretary of State for the Colonies at this time, observed:

“…in order that this community should have the best prospect of free development and provide a full opportunity for the Jewish people to display its capacities, it is essential that it should know that it is in Palestine as of right and not on sufferance. That is the reason why it is necessary that the existence of a Jewish National Home in Palestine should be internationally guaranteed and that it should be formally recognized to rest upon ancient historic connection.”

Britain subsequently failed to honor its responsibility as the mandatory power because of pressure from the Arabs.

But how dare the current British prime minister suggest that Israeli plans to establish sovereignty in part of Mandate land would breach international law.

This exemplifies a disregard for history and law that is at the core of the current deplorable state of matters in the international community.  There is no such thing as truth, only subjectivity.

But we must not let this pass.  We cannot let it stand, that a nation such as Israel should be consistently “dissed” by the international community.  The distortions of truth with regard to the Middle East that are rife today favor the deplorable Palestinian Authority.

Prime Minister Netanyahu must stand tall and proud in the face of all of this: cognizant of what Israel is and what our rights are.  He must not back down in the face of threats – from the EU, the UN, Jordan, or others. Rather, he must make his decision on how to move forward based on what is right for Israel.

Those who love Israel must raise their voices at every juncture – challenging the lies and putting forth the truth, which the world is reluctant to hear.  Please, familiarize yourself with the information on Israel’s rights.  Become conversant with the Mandate; understand why the so-called “partition plan” of 1947 is null and void; invoke Uti Possidetis Juris, a little known principle of international common law.

Make Israel’s case then, in letters, talkbacks and op-eds.  Challenge misrepresentations of fact. Raise the issue with your elected national officials and with your family, friends and acquaintances. In the end, they may not listen, but it is important that you not remain silent. To be silent is to acquiesce or admit defeat on the issue.

As always, share this with others in every venue.

Of course, the story is not yet over, and I will be returning to this issue.  Very shortly the Trump administration will be making a decision about whether to support application of Israeli law to portions of Judea & Samaria. And Netanyahu will be making his fateful decision, as a very complex political situation here makes that decision more difficult.