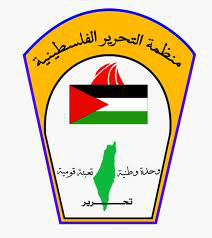 Founding
The Arab League, with the intense involvement of Egypt, founded the PLO in 1964, in east Jerusalem; its first chairman was Ahmad Shuqeiri, a protege of Nasser.

Organizational Structure
The legislative body of the PLO — considered a parliament-in-exile — is the Palestinian National Council, which has almost 700 members who come from a variety of places, and is headed by a president; it is the ultimate decision making authority.  There is as well a PLO executive committee and a central council.

The PLO is the organization with which Israel negotiated the Oslo Accords and holds negotiations stipulated by those Accords.

Early Years
In its early years the PLO had a pan-Arabic stance. Its Covenant stated specifically that it had no claim on the land under the control of Egypt (the Gaza Strip) or Jordan (Judea-Samaria – the West Bank).  What it sought to “liberate” was Israel within the armistice lines of 1948.

Move to Jordan and Fatah Takeover
After the war in 1967, when Israel had secured control of eastern Jerusalem, the PLO moved to Jordan.  Fatah, with its militant orientation, took over the organization and became its dominant faction by 1968.  At this point its Covenant was changed, and now it sought “liberation” of Gaza and Judea-Samaria, which were under Israeli control.  This was the only time the Covenant was changed (see below for more on this).

Yasser Arafat assumed the PLO chairmanship in 1969, a position he retained until his death.  The PLO, functioning as an umbrella organization that incorporated several revolutionary and nationalistic factions, declared itself the representative of the Palestinian people, wherever they were, and of their nationalist aspirations. 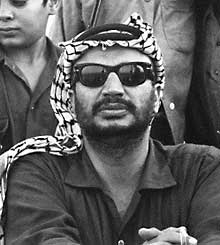 Radical Links
Over a period of years, the PLO forged links with other radical and revolutionary groups:  in Cuba, Vietnam, China, Algeria and the Soviet Union.  PLO policy was in formulated in consultation with theorists from these groups.  As the PLO garnered strength, it became a major purveyor of terrorism around the globe.

Black September
In 1970, tensions flared between the PLO and Jordan’s King Hussein.  When the PLO made moves to take over Jordan, the king forcibly banished the PLO, killing some 2,000 Palestinians and expelling tens of thousands. This happened in September, which became known as Black September.

Lebanon
The PLO then moved to Lebanon, and began a policy of massive terrorist attacks on Israel. Its members carried out skyjackings; engineered the murder of Israeli athletes at the Munich Olympics in 1972 (picture); were responsible for the raid at Ma’alot that killed 21 Israeli youngsters; hijacked the Achille Lauro cruise ship, killing wheelchair-bound Leon Klinghoffer and dumping his body overboard; and executed a great deal more terror as well. 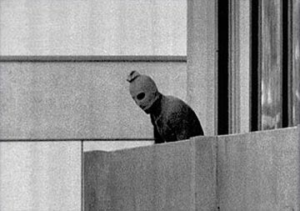 “Phased Program”
In 1974, after the Arab defeat in the 1973 Yom Kippur War, a new strategy was adopted by the PLO.  In place of the “Total Liberation” plan for “liberating” all of “Palestine” at one time, which was now seen as not feasible, they instituted a “strategy of stages” that said any step achieved toward liberation was good, with the goal to be eventual total liberation.  This meant a readiness to negotiate with Israel, towards that final goal.  The “phased program” allowed the PLO to give an impression of moderation, while concealing their real purpose.  If they acquired land in negotiations, it would be utilized as a springboard for additional attacks on Israel; it would not signal peace.

This is clearly documented on the record.

Political Involvement
As part of the plan to appear more moderate, the PLO began advancing in the political arena.  Strong ties were developed with the Soviet Union and East Germany – at one time almost all PLO officers were receiving training in Communist bloc countries.  Arafat had an especially close relationship with Saddam Hussein.

In October 1974, Arafat addressed the UN General Assembly (with a pistol at his hip, it should be noted).  Following his talk, the GA granted the PLO observer status and acknowledged it as the representative of the Palestinian people.

From Lebanon to Tunis
Inside of Lebanon, the organization established what was called a “State within a State,” and used the area for launching multiple attacks into Israel.  In June 1982, in Operation Peace for the Galilee, Israel invaded south Lebanon and drove the PLO out.

Now the PLO moved to Tunis, Tunisia, where it continued to promote violence.  When the first Intifada – ostensibly a popular uprising within the Palestinian population – broke out in Gaza and Judea-Samaria in 1987, people associated with the PLO helped to organize it.

Oslo Accords
The PLO, which was failing, was invigorated by the Oslo process.  Prime Minister Yitzhak Rabin, his foreign minister, Shimon Peres, and Peres’s deputy, Yossi Beilin, concluded that a negotiating process with the Palestinian Arabs would be successful only if it involved Arafat and his cohorts in Tunis.  Secret negotiations were held in August 1993, and made public thereafter.  On September 9 and 10, 1993, Israeli PM Rabin and PLO Chair Arafat exchanged letters of mutual recognition.  On September 13, 1993, Rabin and Arafat signed the Declaration of Principles on the White House lawn.

One day later, in an interview on Jordan TV, Arafat put the lie to the commitments he had just publicly made:

“Since we cannot defeat Israel in war, we do this in stages.  We take any and every territory that we can of Palestine and establish a sovereignty there, and we use it as a springboard to take more.  When the time comes, we can get the Arab nations to join us for the final blow against Israel.”

Ten days after the signing, Arafat gave a talk in South Africa (in which he referred to the “Hudaibiyah Pact”) suggesting that the Accords would be temporary and that he would wait for the right time to find a pretext and do battle with Israel.

On the Palestinian Arab side, the Accords rested on nothing more than Arafat’s signature:  It was never approved by the PLO Executive Committee, or by the PLO Central Council. Arafat never even brought it before the full National Council, and the Fatah Central Committee never approved it either.  The world, however, eager for a “peace process,” proceeded as if the Accords had been ratified.

The creation of the Palestinian Authority, with the Oslo Accords, actually conferred greater respectability on the PLO, and at times has provided it with a cover.

The PLO Covenant
A well nurtured myth prevails that in accordance with Olso agreements the Palestinian National Council revised the PLO Covenant in 1996, removing objections to the existence of Israel.

What actually happened is this:  When Yasser Arafat exchanged letters with Yitzhak Rabin on September 9, 1993, he committed himself to making necessary changes to the Covenant.  In April 1996, the Palestinian National Council convened in Gaza and adopted a resolution empowering a committee to take on the task of redrafting the National Charter.  This resolution in and of itself did not change that Covenant.  The committee never met and no changes were made.

PLO Strategies and Goals
The final goal of the PLO remains the destruction of Israel.
Any misrepresentation, any subterfuge, is permissible in service of this goal. The appearance of moderation is a key strategic deception.

Violence of the most obscene and gratuitous sort —terrorism—is a legitimate weapon.  At no point should the ability to inflict violent harm on Israel be surrendered but it is desirable to maintain a distance from terrorist groups.

The conflict with Israel involves political elements as well as military.  Efforts should be made to delegitimize Israel and represent the Palestinian Arabs as an oppressed people.