The Palestinian Authority is an interim administrative entity established by the Oslo Accords established between Israel and the PLO.  According to the Accords, the PA was to administer delineated Palestinian Arab areas of Judea-Samaria for a period of five years, by which time a final status agreement was to be in place. But the negotiations that were able to achieve that final status have never occurred.

It was originally established with the agreement in 1994 that allocated to the PA administration over Gaza and the Jericho region; the area over which it had jurisdiction was expanded with the 1995 Interim Agreement that divided Gaza and Judea-Samaria into areas—A, where the PA had total control; B, where the PA had only civil control; and C, where Israel had full control.

The vast majority of Palestinian Arabs in Judea-Samaria resides within PA administered areas.

The PA leadership overlap with PLO leaders is enormous: in many cases they are the same people in different roles.  To a very great extent, these leaders are members of the Fatah.

It is the PLO, as the official representative of the Palestinian Arabs, that is responsible for negotiations, not the PA.

PA elections were first held in 1996, at which time Yasser Arafat officially became the president of the PA, and a Legislative Council was put in place.  Arafat retained his position until his death in 2004.

In 2005, Mahmoud Abbas, a long-time protégé of Arafat, was elected president for a four year term. 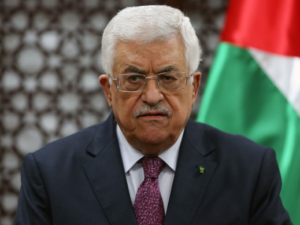 As of 2017, another presidential election had not been held – elections in the PA being casual, sometime affairs – and yet Abbas has continued to function as if he were still president.  There are calls for elections by the end of 2018.

The PA has a love-hate relationship with Hamas. The difference between the two groups is often one of style and appearance rather than substance.  They are both dedicated to the destruction of Israel, but, while Hamas says so blatantly, Abbas, as Arafat before him, pretends moderation to the West, while inciting extensively and supporting terrorists at home.

The links between Hamas and the PA existed from the beginning.

Roughly a year after the signing of the Oslo Accords, PA spokesman Nabil Sh’ath said, “For us we have a political relationship with Hamas, a brotherly relationship.”

A formal pact was then established between the PA and Hamas that sanctioned continuing Hamas terrorist attacks executed outside of areas under direct PA control. The practice of Arafat was to play a “good cop-bad cop” routine: He claimed to be seeking peace, to have no knowledge of what the terrorists were doing and no ability to control them.  In reality he endorsed what they did, and used the “terror option” as a weapon to be called up whenever negotiations with Israel were not to his liking.

Over a period of more than 20 years, there have been times when the PA (Fatah) and Hamas have been enormously at odds, and other times when they have had rapprochement, which has never held because of internal differences and resentments, competing desire for control.

The situation was greatly affected by withdrawal of Israel from Gaza during the “Disengagement” in 2005. The PA then took control of Gaza, but tenuously.

In January 2006, there came a cataclysmic change, as Hamas won the Palestinian Legislative Council elections.  In June of the following year, Hamas drove Fatah out of Gaza in a military coup, and Fatah withdrew to Judea and Samaria.

President Abbas declared the Hamas-dominated PA government at an end and appointed a new government that was once again Fatah-based.

There has persisted within the PA great unease about the possibility of Hamas usurping control in Judea-Samaria. PA security has cooperated with Israel in arresting Hamas terrorists in the area, although during times when there are negotiations for a “unity government” there is a call for these arrests to be halted.

The Palestinian Authority is vastly corrupt, and thus much hated by the people.