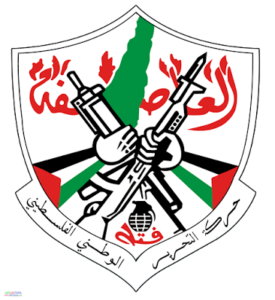 Founding
In its early years, the group that became Fatah functioned in a clandestine fashion.

What is known is that in the mid-50s, Yasser Arafat went to Kuwait, where he organized some 20 Palestinian Arabs. For this, he drew on the membership of the Union of Palestinian Students, which had been organized by Arafat and his coterie at Cairo University in 1952; the union was affiliated with the radical Egyptian Muslim Brotherhood. 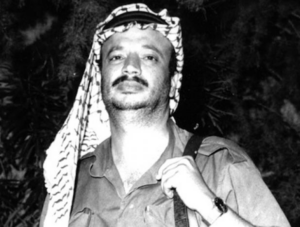 One of the co-founders of the group, with Arafat from the beginning, was Mahmoud Abbas.

Another close associate of Arafat’s, Khalil Wazir (a.k.a. Abu Jihad), then went to Algeria to open Fatah’s first office in 1962.  Algeria had just undergone a revolution, carrying out a war of terror to boot out the French. The ideologue of that revolution was Franz Fanon, who espoused the philosophy that violence was a catharsis for oppressed peoples — an end in itself. There is solid reason to believe that Fatah adopted this as its model.

Fatah is a reverse acronym for the Arabic “conquest by means of jihad.”

Fatah’s immediate goal was to launch commando raids against Israel from Jordan, Lebanon, and Egyptian-occupied Gaza. The group went public with this in 1965 for a specific reason: The year before, the PLO had been founded with Egyptian support, and had adopted a pan-Arab stance; Fatah opposed its position. 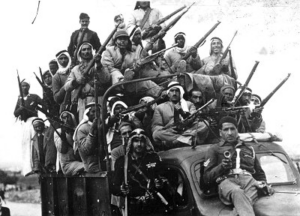 Ideology
The original constitution of Fatah was drafted in the 60s.  It speaks of the goal of “Complete liberation of Palestine, and eradication of Zionist economic, political, military and cultural existence. “ And it says that “Armed public revolution is the inevitable method to liberating Palestine.”

At the time of the signing of the Declaration of Principles of the Oslo Accords in 1993, the Central Committee of Fatah was opposed.

(A second constitution was drafted in 2009 at a conference held in Bethlehem, but it is an “internal” constitution, concerning itself with organizational matters.)

In many ways the ideology of Fatah resembles that of Hamas.  The key difference is that Fatah is secular nationalist while Hamas is Islamist.

Control of the PLO/PA
The policy of launching border attacks continued, and escalated, until the Six Day War in 1967. The defeat of Arab armies by Israel left a power vacuum in the PLO. By 1968, Fatah had gained control of the PLO, and within a year Arafat was at its head, where he remained until his death, when he was succeeded by Mahmoud Abbas. 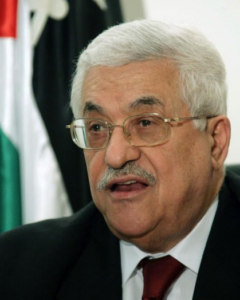 From 1968 until the present, Fatah has essentially controlled the PLO.

Terrorism
Two terror-associated factions have spun off from Fatah.  The Tanzim, a paramilitary unit founded by Yasser Arafat in 1995, was designed to attract young people away from the Islamist movements.  Boasting a considerable arsenal, it played a considerable role in the violence of the Al Aksa Intifada begun in 2000.

Al-Aksa Martyrs’ Brigades was a spin-off from the Tanzim founded in 2001 and led by Marwan Barghouti until his conviction and imprisonment in Israel for involvement in multiple terrorist murders.

The Brigades are directly Fatah-connected and have received PA assistance.  In addition, this group has been known to cooperate with Hamas in carrying out terror operations.

Tensions are high in Fatah as a result of a power fight between the Old Guard — those who came with Arafat from Tunis, and the Young Turks — those who grew up in Gaza and Judea-Samaria, were involved in the First Intifada, and frequently served time in Israeli prisons.  Key example of the latter is Mahmoud Dahlan.

The imminent departure of Abbas has exacerbated these tensions.