Basics of Israel’s Legal Rights in the Land 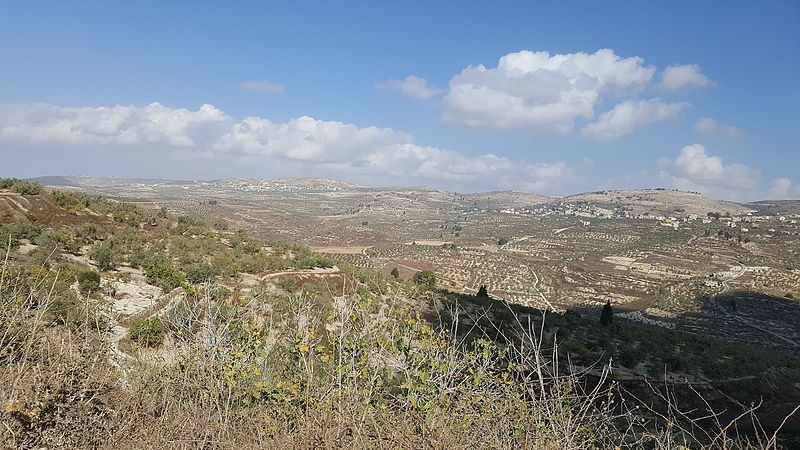 [] In 1917, British Foreign Minister Lord Alfred Balfour sent a letter to Lionel Walter Rothschild to be brought to the Zionist Federation. This letter, which became known as the Balfour Declaration, endorsed the establishment of a Jewish national homeland in Palestine.

[] In 1922, the League of Nations unanimously approved the British Mandate for Palestine, which is an article of international law that has never been superseded. Based upon the Balfour Declaration, it called for a national homeland for the Jews in Palestine, with Britain, the Mandatory, to “encourage close settlement on the land.”

[] When the United Nations succeeded the defunct League of Nations in 1945, it incorporated into its Charter Article 80, which sustained the Trusteeship System.  This effectively ensured that the terms of the Mandate for Palestine would continue to be fully implemented.

[] In 1947, the General Assembly passed Resolution 181, which called for the division of Palestine into a Jewish and an Arab state.  This is without any standing in international law — first, because General Assembly resolutions are only recommendations, and then because the Arab nations voted against it.

[] On May 14, 1948, when Israel declared independence, the armies of Egypt, Syria, Jordan, Lebanon and Iraq attacked.  When the War of Independence was over in 1949, armistice agreements were drawn up.

An armistice line was established between Israel and Jordan by virtue of that 1949 armistice agreement; it became known as the Green Line. The Palestinian Arabs claim this is their “legitimate border” with Israel.  However, at the insistence of Arab nations, the agreement specified that this line was an armistice demarcation line established for military purposes only and would not prejudice ultimate political settlement between the parties.

Palestinian Arabs played no role in this scenario, and there was no mention of a “Palestinian state” in the agreement.

Jordan’s occupation of Judea and Samaria from 1949 until 1967 – which occurred as a result of an offensive war in 1948-49 – was illegal, recognized by only two nations in the world.

[] The 1949 armistice – and the armistice line it established – was breached by Jordan in 1967 when it attacked Israel. In legal terms, it then no longer existed.

In the course of fighting a defensive war, Israel moved into Judea and Samaria and eastern Jerusalem.  Israel was liberating these areas from an illegal occupation.  Israel could not be an “occupier” in that Land, as 1) it was part of the original Mandate land, 2) the doctrine of customary international law in Uti Possidetis Juris states that emerging states presumptively inherit their pre-independence administrative boundaries, and 3) there was no legitimate sovereign in the land before Israel moved in.

Its recognition of the right of every state in the area to “live in peace within secure and recognized boundaries free from threats or acts of force” is understood to reject the requirement that Israel return to the former 1949 armistice line.

A reference in 242 to “a just settlement of the refugee problem” has been interpreted as referring in part to the Palestinian Arab refugees. It does not require that these refugees be given any territory or political rights.

[] In 1993, the first Oslo Accord was signed between Israel and the PLO.  It established an interim self-government, the Palestinian Authority.

The stated goal of the Accord was a “permanent status” agreement to be achieved via bilateral negotiations.  It says nothing about a Palestinian state.  It was understood that the issue of Israel “settlements” in Judea and Samaria would be resolved in the final negotiations—there was no prohibition on Israeli building.

The PA was to be an interim entity of self-government with a final understanding to be achieved via negotiations. Yet those negotiations have never taken place in good faith because of the maximalist and unreasonable demands, totally lacking in a spirit of compromise, put forth by the PLO.

The call by the PLO for a state that would extend from Jordan’s border to the 1949 armistice line is constructed out of thin air and flies in the face of historical and legal realities.